Mixed Vibe, To Say The Least

It’s 1:10 am, and I’m filing from the lobby of the Than Thien hotel in Hue. Filing from my third-floor room would be preferable, of course, but the upstairs wifi is on the fritz. The horror of Brussels has obviously cast a pall over everything and everyone, and yet as ghastly as this sounds mass murder at the hands of ISIS has almost begun to seem…well, not routine but certainly not uncommon. What happened today was a shock but who was surprised? I hated admitting this but my first thought was that today’s event will probably fortify Donald Trump‘s appeal among fence-sitters…God help us.

Obviously there’s no reconciling today’s tragedy and the fact that we’re here in Vietnam and (this almost sounds puerile in light of today’s massacre) enjoying a world-class adventure. But that’s the shot. 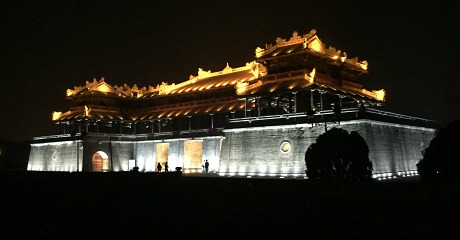 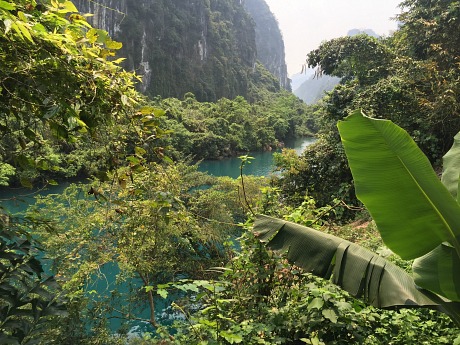 Today’s activity was an exhilarating eight-hour excursion inside the Phong Nha-Ke Bang National Park — Paradise Cave, Dark Cave (the highlight of which was a fairly difficult trudge into a pool of mud so dense and liquidy-smooth that it looked and felt like melted milk-chocolate sauce), ziplining, swimming, hiking. We returned to the Phong Nha Lakehouse Resort around 4:45 pm, and then hopped into a Vidotour van for a three and 1/2 hour drive to Hue.

Jett and Cait weren’t in the mood but I roamed the city for a couple of hours, walking along the Perfume river, snapping photos of the Citadel and whatnot. It’s quite warm here and humid — you can work up a sweat just by walking at a leisurely pace. We leave tomorrow morning at 9 am for a six-hour scooter voyage to Hoi An, which is roughly 125 kilometers or 77 miles. 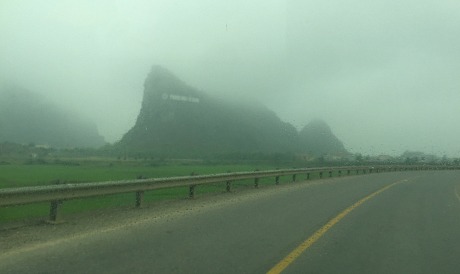 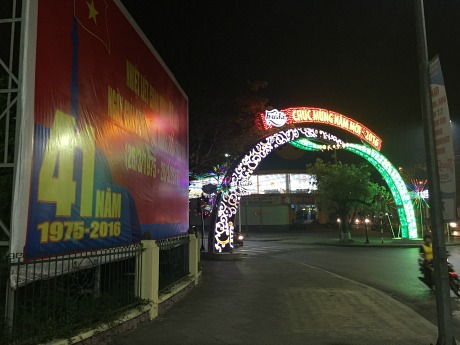 An official commemoration of the 41st anniversary of North Vietnam’s victory over South Vietnam and the country’s subsequent unification in April 1975. 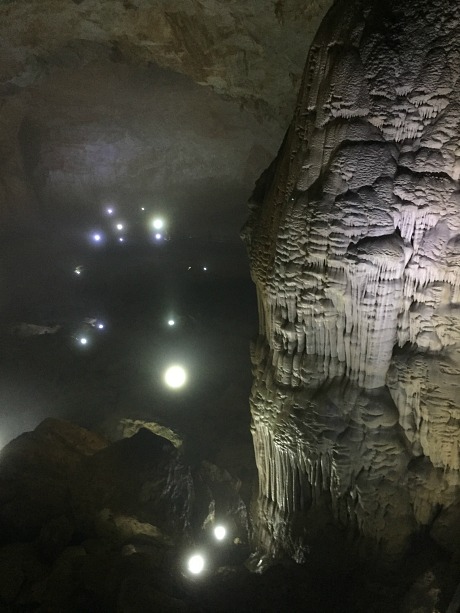 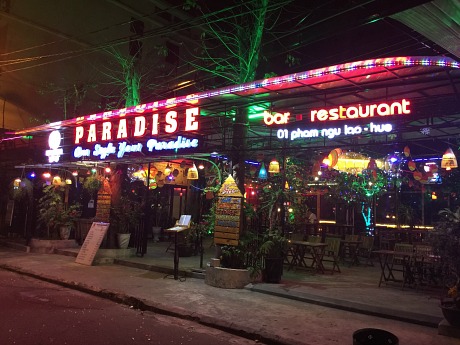 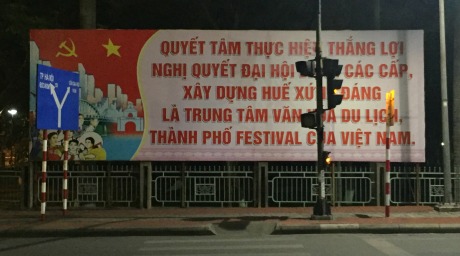 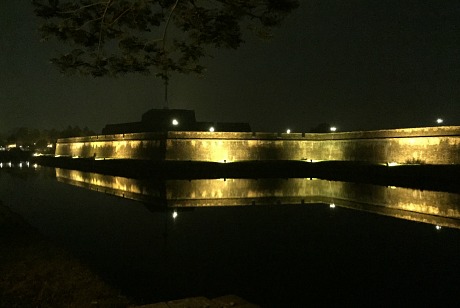 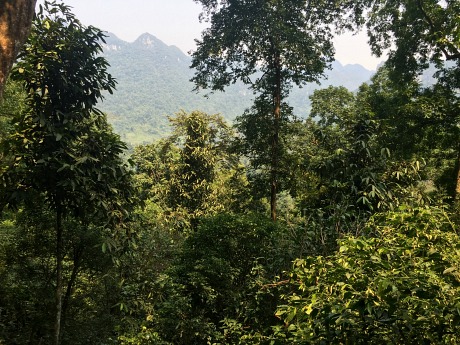 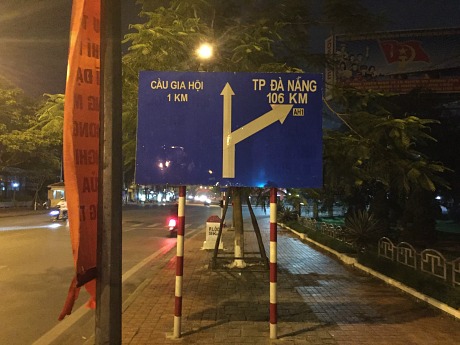 March 22, 2016by Jeffrey Wells10 Comments
« Previous post
GoPro Henry
Next post »
Curious As It May Seem, Shooting of La Strada Actually Happened In Realm Of Color