Depending on how you gauge things Joel and Ethan Coen‘s Hail, Caesar!, which nobody liked all that much, was either a bust or at best a break-evener — cost $22 million to produce, earned $53 million worldwide. Then I checked local listings and was shocked to find it’s still playing here and there — Sundance Sunset, Arclight, Landmark. It’ll be hitting Bluray/streaming sometime in June, apparently. 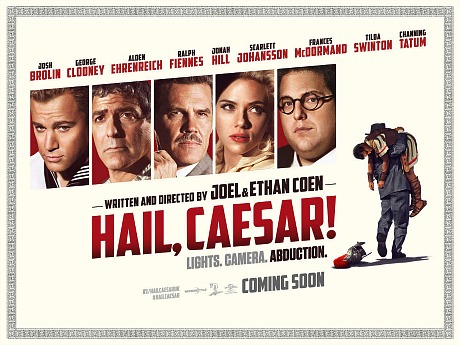 It was on my mind because I listened this morning to a great little Karina Longworth podcast about the real Eddie Mannix, the MGM fixer who’s played by Josh Brolin in the film. Mannix was scuzzy, all right, and no saint, but he kept the MGM image clean by keeping things private, finessing the authorities, making payoffs, etc. I never bought into the idea that Mannix may have had something to do with the death of George Reeves, but Longworth sounds half-convinced.