Yesterday Wellesnet.com‘s Ray Kelly posted a report about the continuing effort to assemble, restore and release Orson Welles‘ never completed The Other Side of the Wind. Kelly is reporting that Netflix has apparently been interested in funding the project and acquiring worldwide rights, but that Oja Kodar, Welles’ longtime partner and key rights holder, has continued to block progress in her usual grasping way.

Oja the Terrible is reportedly still refusing to allow the film elements (which are apparently still stored somewhere in the outskirts of Paris) to be inspected and is demanding even greater financial renumeration now that Netflix is involved. 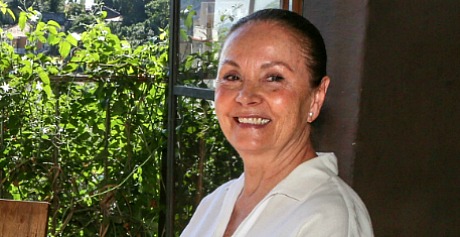 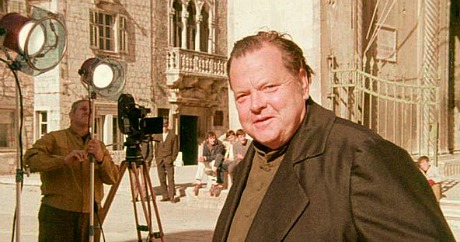 I’ve riffed on this never-ending saga three times since the first rays of hope were cast by Doreen Carvajal‘s 10.28.14 N.Y. Times story, titled “Orson Welles’s Last Film May Finally Be Released.” The piece reported that Kodar, the chief stopper in this situation along with Welles’ daughter Beatrice, had agreed to embrace a certain amount of trust and allow the film to be assembled and restored in good faith.

Not really. Oja’s behavior over the last year and a half has apparently moved beyond the realm of unreasonableness and into that of possible psychosis.

As Kelly writes, “Film historian Joseph McBride, an Other Side of the Wind cast member who spearheaded a 1999 completion effort with Showtime until he was sacked by director and longtime Welles ally Peter Bogdanovich and Kodar, has publicly accused her of continually obstructing the current deal by making incessant demands of the producers.

“Bogdanovich said at a gathering of Welles experts in Southern California last fall that there could be ‘psychological’ issues at play, such as unwillingness by Kodar to let go of the film.”

If Welles could only look down from heaven and see Oja’s true colors.

Here are my initial thoughts about Kelly’s piece, tapped out this morning in an email to McBride:

“What a revoltin’ development…a never-ending clusterfuck involving and/or caused by Filip Jan Rymsza and Oja Kodar…obstinacy, hubris, a lack of discipline, profligate wastefulness.

“$70K in legal fees plus $40K squandered on Sasha Welles‘ 11-week stay in Los Angeles in early ’15 that yielded nothing. Subtract this $110K from the $406K raised via the Indiegogo campaign, and there’s less than $300K remaining.

“This against a $1.695 million pre-Netflix budget to compete the film translates into Rymsza being $1.4 million in the hole.

“And then Netflix comes along last summer, offering to save the day with an illogical and rather foolish offer to pay over $5 million for worldwide rights for a finished & restored TOSOTW, a deal that reportedly includes a ‘substantial’ increase in Kodar’s go-away fee of $1.335 million.

“And yet Oja has reportedly been insisting on retaining distribution rights for Croatia, which of course cuts into the worldwide distribution model that Netflix needs for this to work.

“How much revenue does Netflix think it can earn out of TOSOTW? Even if it’s one day assembled into something formidable, it’s still, at best, a boutique title that will appeal to a relatively small sliver of cineastes (including an even smaller sliver of die-hard Welles enthusiasts, the bulk of which seem to be critics and journalists). The whole project seems borderline ridiculous.

“Has anyone ever calculated — strictly as an exercise in academic theory, of course — what it would cost to have Kodar rubbed out? Kidding!”

Here are three stories I posted last year about the would-be restoration of TOSOTW: (1) McBride-Welles-Wind breakthrough, (2) Other Side of Limbo — Financial Mexican Standoff, and (3) HE contributing to Other Side of the Wind Indiegogo Campaign.