It’s 1 am, I haven’t posted zip for 12 hours, and I have to get up five hours hence — terrific. It’s not that I didn’t do a lot — I just couldn’t find the discipline to tap something out in the margins. I attended the American Honey press conference and caught three films (Nathan Morlando‘s Mean Dreams at the subterranean Director’s Fortnight theatre, Asaph Polonsky‘s One Week and a Day at Critics’ Week and Jim Jarmusch‘s much-admired Paterson at the Salle Debussy) over a six hour-period, and then despite trepidations I hit the Amazon party from 10 to 11 pm. Jarmusch’s was the best of the three, but you need to be fully receptive to “restrained”, “minimalist”, “subdued” and “poem-like” to settle into it. (Just saying.) I don’t mind stating I’m a huge fan of Morlando’s film, which, yes, is derivative (it’s basically Badlands meets Cop Car) but is very handsome and well considered for that effort, and I’m furious that both Variety‘s Guy Lodge and The Hollywood Reporter‘s David Rooney blew it off. All I can do now is post photos and then get up at 5 am (Monday) for more filing before hitting the 8:30 am screening of Jeff Nichols‘ Loving. 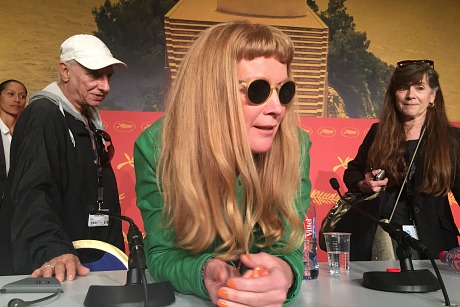 Three or four of us managed to get American Honey director-writer Andrea Arnold to hang around and answer a few more questions following Sunday afternoon’s press conference. 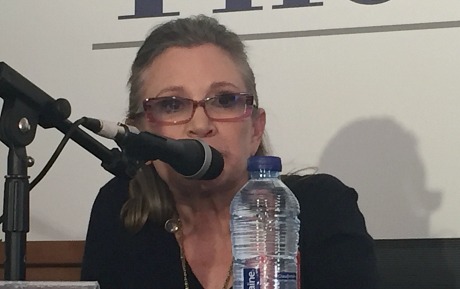 Carrie Fisher during Saturday’s American Pavillion press conference about Alexis Bloom and Fisher Stevens‘ Bright Lights starring Debbie Reynolds and Carrie Fisher, not just an in-depth capturing of Reynolds and Fisher’s mother-daughter relationship but a blunt, no-holds-barred portrait of the ravages of aging and coping with same. 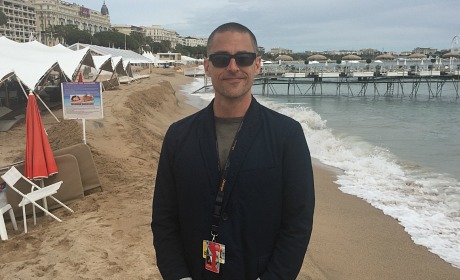 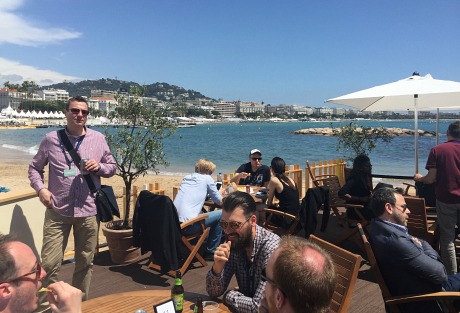 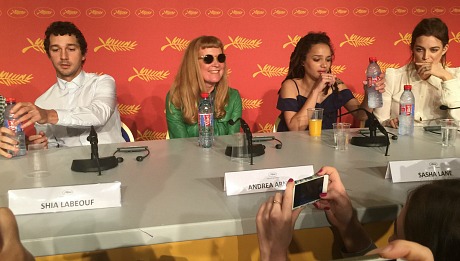 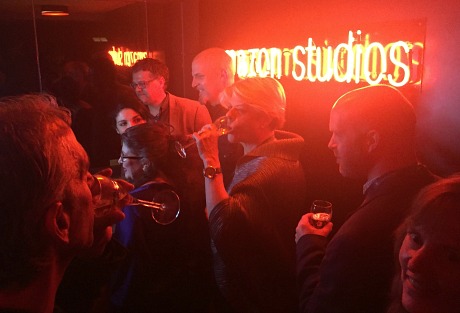 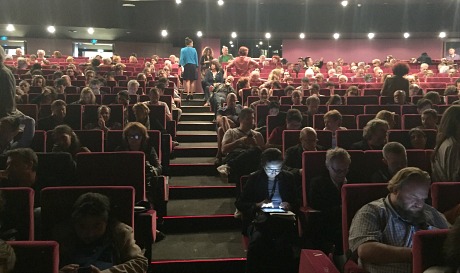 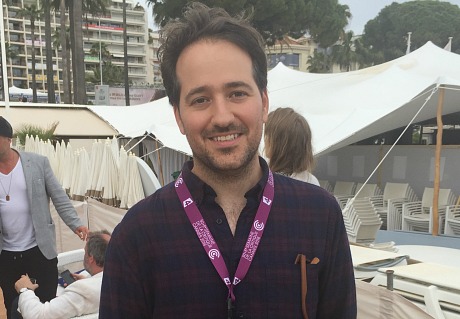 One Week and a Day director Asaph Polonsky, also during Deadline party. 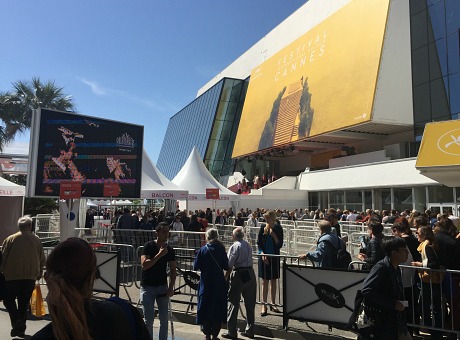 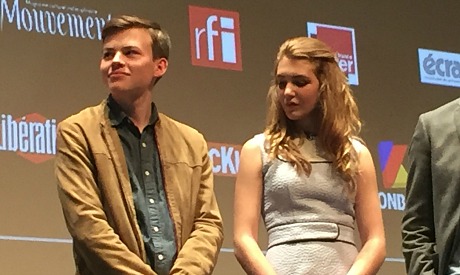 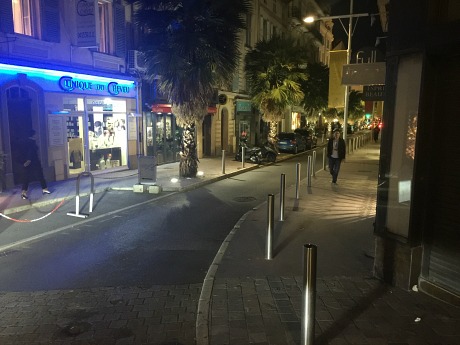