LAFF Feels Minor, Marginal, Not In The Game

It may be that the Cannes ’16 films were completely out of the question, but can you imagine the excitement if LAFF had somehow landed Olivier Assayas‘ Personal Shopper, David Mackenzie‘s Hell or High Water, Andrea Arnold‘s Wild Honey or Jim Jarmusch‘s Paterson?

Or if they had managed to book a few more Sundance attractions like Antonio Campos‘ Christine (which contains a first-rate, Spirit-nomination-deserving performance by Rebecca Hall) about the late Sarasota newscaster Christine Chubbuck? Or had tried for Richard Tanne‘s Southside With You (Miramax/Roadside, 8.26), the first-date-between-Barack-and-Michele flick that everyone loved at Sundance. Or James Schamus‘s Indignation, which opens on 7.29.

I just don’t understand the lack of voltage. Maybe someone in the loop can explain things to me. Obviously there are reasons. 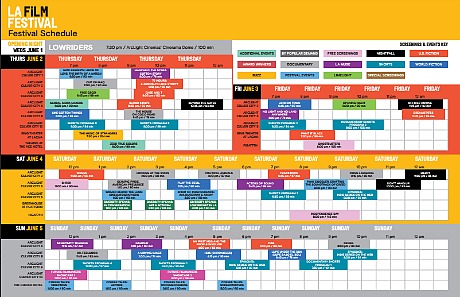 May 30, 2016by Jeffrey Wells9 Comments
« Previous post
Would Have Preferred The Fundamentals Of Not Giving A Shit
Next post »
Apes Next Door