In order of preference, the finest films I saw at the 2016 Cannes Film Festival are as follows: Olivier Assayas‘ Personal Shopper (the questionable ending is a slight thorn, but it obviously didn’t bother me that much), Cristian Mungiu‘s Graduation, Asghar Farhadi‘s The Salesman, David Mackenzie‘s Hell or High Water, Andrea Arnold‘s pagan-ish Wild Honey, Jim Jarmusch‘s quietly compelling Paterson, and Kleber Mendonça Filho‘s Aquarius, which I barely got into here but admired the more I thought about it, particularly for Sonia Braga‘s award-worthy performance as a scrappy apartment-building owner. 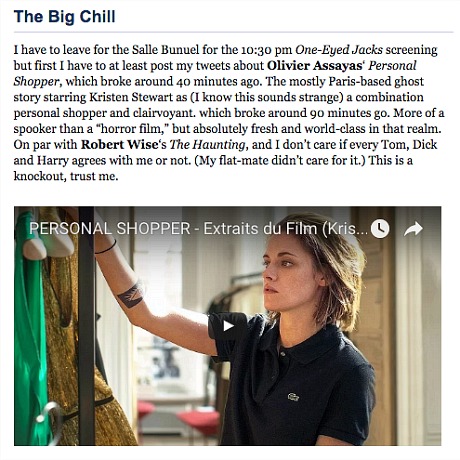 What is that, seven? Personal Shopper was the only home run, and to hell with the idea that a ghost story is automatically a genre sideliner and to hell with the press-screening booers. Graduation and The Salesman were the most substantial in terms of their moral/ethical questionings. All three are eligible for recognition at tonight’s big award ceremony. The only ineligible film is Hell or High Water, which was screened as a non-competitor.

Yeah, I’m pretty much resigned to the general presumption among critics that Maren Ade‘s Toni Erdmann, which I hated, will win the Palme d’Or.

If Erdmann is passed over for the Palme d’Or, Grand Prix or the Jury Prize (the last two being the festival’s second and third place film awards), this would allow for the possibility of the Best Actor prize going to Peter Simonischek. Please, God…no. His performance as the film’s titular character, a bulky, yellow-toothed creep who attempts to liberate his daughter (Sandra Huller) from a life of cautious uptight-ism with a series of passive-aggressive put-ons, is one of the most repulsive I’ve ever endured.

Adam Driver‘s meditative, bordering-on-somnambulant performance as a poetry-writing bus driver in Paterson will probably take the Best Actor award. I guess. I don’t really have a notion about this. If it was my call I’d give the award to The Salesman‘s Shahab Hosseini or Graduation‘s Adrian Titieni.

If it was my call I wouldn’t think twice about handing the Best Actress award to Kristen Stewart for her antsy-jittery tour de force in Personal Shopper. If Stewart wasn’t in the running I’d consider giving the prize to Sonia Braga‘s turn in Aquarius or Ruth Negga‘s in Loving.

I also want to re-mention a special affection for Nathan Morlando‘s Terrence Malick-influenced Mean Dreams, which I saw early and was pretty much the first festival film to really get me going. Repeating: “If a cover band really knows how to perform classic Malick rock, and they include a riff or two of their own then I really don’t see the problem. It isn’t how familiar something seems as much as how spare and straight the chops feel. Take, assimilate, make anew.” 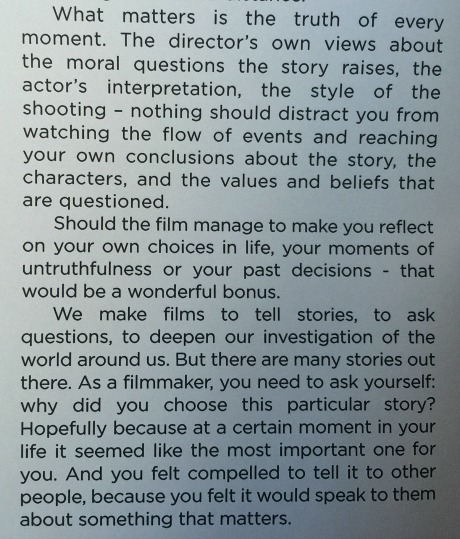 A portion of an essay that was included in the Graduation press notes.