There’s a familiar Hollywood two-step process that famous plus-sized or zaftig women have gone through. I’m thinking of Melissa McCarthy, Jennifer Hudson, Gabourey Sidibe and Kate Winslet of the mid to late ’90s (i.e, “Kate Weighs-a-lot”). Step #1 is about acceptance and self-love, step #2 is about “look at the new me!” Step #1 is “I am who I am…get used to it because I love myself and my womanhood, and all the body shamers out there can kiss my ass.” Step #2 is “okay, I did step #1 but I might be looking at a shorter life span if I don’t exercise more and watch my diet. Plus I want to be around when my kids grow up.” 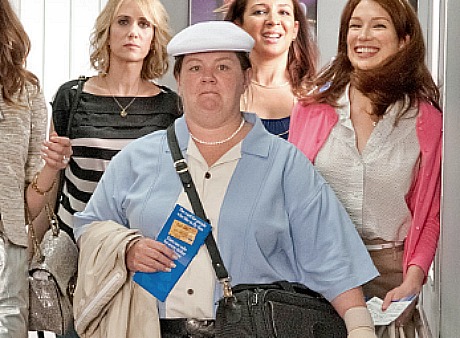 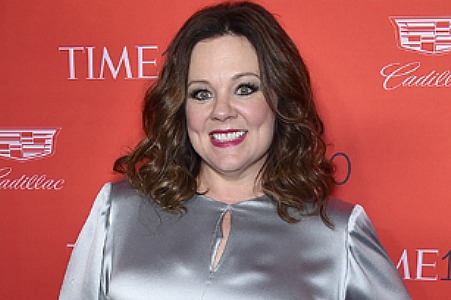 Shot sometime earlier this year or in late ’15.

Today’s McCarthy looks seriously great compared to the woman she was in Bridesmaids. Hudson was step #1 when she was doing press for Dreamgirls eight years ago, but she’s blown that off and then some. Sidibe has also cut down on whatever she was doing that made her morbidly obese when she filmed Precious. Sooner or later Amy Schumer, who embraces the step #1 mindset when she talks to the press about her zaftig-ness, will follow in their path. Ditto Lena Dunham. You can be a step #1 practitioner from your 20s to mid 30s, but you have to cut that shit out as you approach your 40s.