Gary Ross‘s Free State of Jones (STX, 6.24) opens in two and a half weeks, and yet STX apparently hasn’t shown it to anyone of note. Well, they had their press junket in early May (5.11 to be precise) but many of the in-the-loop media types who usually get a peek at films three or four weeks from release haven’t seen this puppy. Or so I’ve been told. Which means that STX has determined that (a) a word-of-mouth boost isn’t in the cards and (b) they’ll get a bigger box-office opening if they just rely on trailers, ads (print, online) and social media effusions. If anyone has seen it, I’d love to read a three- or four-paragraph assessment. Repeating: this Civil War-era film is selling more or less the same thing as Nate Parker‘s The Birth of a Nation — the saga of a revolt against the Confederates over slavery, except that Jones, to go by the trailer, delivers more in the way of kick-ass battle scenes than Parker’s film. 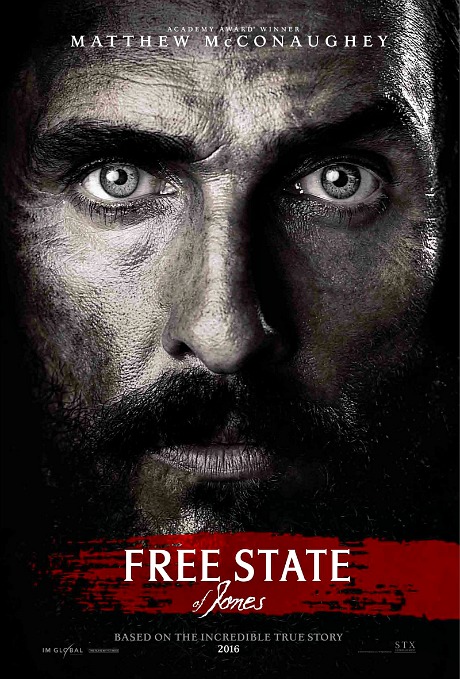 June 6, 2016by Jeffrey Wells14 Comments
« Previous post
Personal Shopper From All Sides
Next post »
My Heart Is Down