Imagine A Gay….Okay, A Bisexual Daniel Plainview, Egomaniacally Swaggering Around Midtown Manhattan of The ’50s Rather Than Oil Fields of California

This morning Vulture‘s Kyle Buchanan posted a sensible-sounding speculation piece about the ’50s fashion drama that Paul Thomas Anderson and Daniel Day Lewis are going to make. Buchanan believes the film will be about the legendary egomaniacal fashion designer Charles James (1906-1978), who, to judge by a recent A.G. Nauta character profile, didn’t give a shit about anything or anyone except what he wanted, what he dreamt of and needed to create, and where his hunger for conquest and excitement led him. 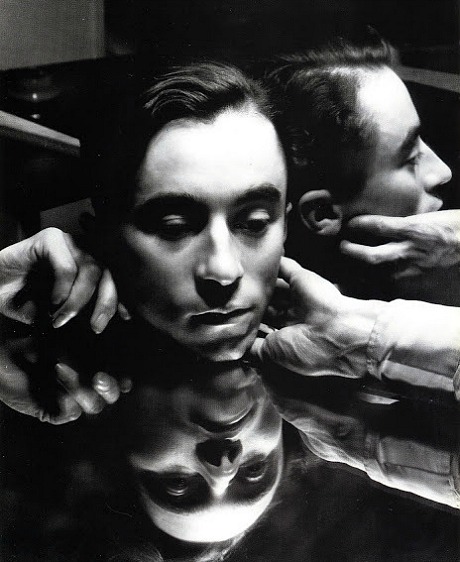 A Dali-esque portrait of designer Charles James, snapped sometime in (I’m guessing) the 1930s, as James appears to be no older than 30 here and was born in ’06.

In short, Anderson and Lewis may (I say “may”) be contemplating a revisit to the terrain of crazy Daniel Plainview, only this time with a gay Plainview doing whatever and conquering whomever (including the occasional woman) amid the metaphorical oil fields of midtown Manhattan in the 1950s. Instead of “I drink your milkshake!”, think “I swallow your horse cock while designing a dress for Babe Paley!….viff-viff-viff-viff-viff!”

Excerpt from A.G. Nauta Couture profile: “Charles James was, in short, an egomaniac. He considered himself an artist rather than a dressmaker, and was so strongly attached to his creations that he felt they ultimately belonged to him. He would borrow back a dress from one client, only to lend it to another; or, worse, loan it out for an advertising campaign for feminine products.

“At minimum eccentricity, the darkly handsome designer—who was said to have been an excellent model for his own work—might don a finished gown and dance all night in his apartment above the Chelsea Hotel before handing it over…if he handed it over at all. He did not let go of his creations easily. He made his clients pay, sometimes twice for the same gown, and sometimes for a garment he had also promised another client. He was notorious for not having garments delivered on time.” 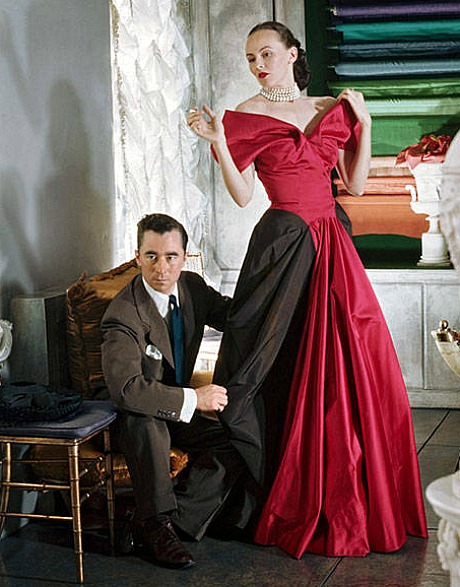 June 7, 2016by Jeffrey Wells27 Comments
« Previous post
As A Cannes-Attending Journo Who Accidentally Missed Neon Demon Screening, I Have The Right To Post A Reaction or Two
Next post »
20th Anniversary of “Winners Go Home and Fuck The Prom Queen”