Pure Pleasure, Even If (Like Me) You’ve Been Off The De Palma Boat For Years

I caught Noah Baumbach and Jake Paltrow‘s De Palma (A24, 6.10) last night on Rodeo Drive, and pretty much loved every second of it. So much so that I intend to see it a second time at the Aero on Sunday night. It put me into film-maven heaven. It’s basically MCU footage of Brian De Palma sitting and talking about every film he’s ever made (process, personalities, politics, technique) and regaling the viewer with whatever anecdotes come to mind. No personal revelations or intimate details are offered — the film is strictly about nuts and bolts and personalities. 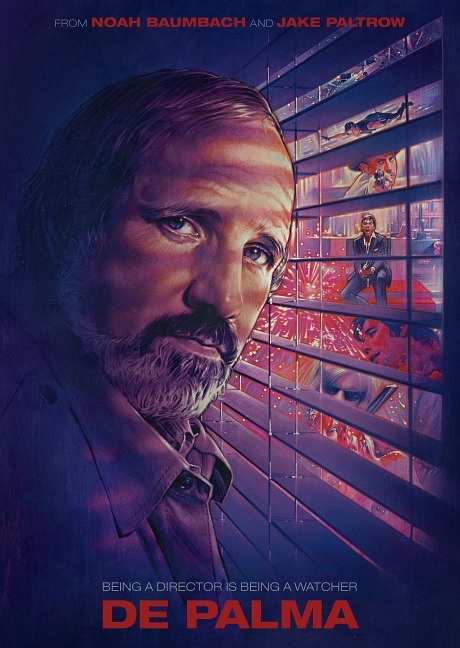 My only gripe is that De Palma moves too briskly and is over way too soon. (I would have preferred a running time of 120 or even 160 minutes rather than 107.) I’ve shared plenty of complaints about De Palma’s films over the years, especially the ones made after Snake Eyes, but they were all magically set aside as I watched the doc. I just sat there and kind of melted. The film is so much fun if you know the terrain.

I was touched by De Palma’s honest recountings of his ups and downs. He admits to his failures (he really doesn’t care for The Fury), is proud of his successes and quite specific about why this or that film didn’t work out. But he doesn’t address the constant criticism about so many women being disrobed and taunted and stabbed and sliced in his films — he only says that women are much better at playing victims than men.

De Palma‘s story is my own in a sense, the story of a film-worshipping life that’s been going strong for 40-plus years. I started out as a huge fan of the guy in the ’70s, and then an in-and-outer in the ’80s, and then I began to fall away in the late ’90s.

It’s not like I’ve ever known De Palma personally. I quickly said ‘hey’ to him at a New York Film Festival party in ’78, and then I spoke with him 15 years later during a difficult-to-arrange Entertainment Weekly phoner about Carlito’s Way. But no conversations or interviews.

My favorite slices of De Palma cake: (a) a fantasizing Angie Dickinson being mauled in the shower in Dressed to Kill, (b) Sissy Spacek‘s freckled hand reaching out of the grave to grab a horrified Amy Irving, (c) Al Pacino lying on a Grand Central Station escalator in Carlito’s Way, (d) Tim Robbins meeting instant death when his face plate is removed during a space walk in Mission to Mars, and (e) Amy Irving using her telekinetic powers in The Fury to make bad guy John Cassevetes explode into smithereens.

Very few of us think of De Palma’s movies being good in their entirety because they really and truly stopped being that a long time ago. The last entirely decent De Palma film — by which I mean a De Palma that didn’t once make me squirm or groan or shake my head in sadness — was Carlito’s Way. The Untouchables and Scarface were the biggies before that. And before Tony Montana you have to go all the way back to Carrie, The Phantom of the Paradise, Sisters, etc.

De Palma is one of the most committed and relentless enemies of logic of all time. For a great director he has an astonishing allegiance to nonsensical plotting and dialogue that would choke a horse.

I was standing next to De Palma on 9.11.01 in Toronto, or more specifically in the lobby of the Cineplex Odeon. Everyone was watching the footage of the twin towers collapsing over and over again. De Palma had been a longtime attender of that festival and there he was with the rest of us, spellbound and appalled and for the most part speechless. He finally just shook his head and muttered something and walked off and left, and I remember thinking as I watched him head down the escalator, “You’ve been making movies about blood and death and severed arteries for decades, and along comes some real-life mass murder not to mention one of the most searing visual spectacles of our time, and you’re like ‘oh, I can’t take this’? Really?”

I came out of De Palma feeling quite good about having gotten to know the guy in his words and on his own terms. I’ve been nursing these feelings of hostility towards his films for the last 16 or so years, and the doc kind of took those feelings away and allowed me to relax and smile again.