Where Are Angry, Despairing Millenial Dramas?

Look Back in Anger, A Taste of Honey, Saturday Night and Sunday Morning, Room At The Top, This Sporting Life, A Kind of Loving, The Loneliness of the Long-Distance Runner — the British “kitchen sink” films of the late ’50s and early ’60s get better and better the more I re-watch them.

Downbeat black-and-white dramas, I mean, about despairing middle-class men (and some women) in their 20s who felt trapped in their low-paying jobs and middling social stations. Scowling, sarcastic fellows, some still living with their parents, who took refuge with alcohol and impulsive sex and sometimes getting the wrong girl pregnant. Miserable at work or school and forever carousing with their mates and getting into pub fights, and then stumbling blind drunk into the kitchen after midnight and throwing up in the kitchen sink. 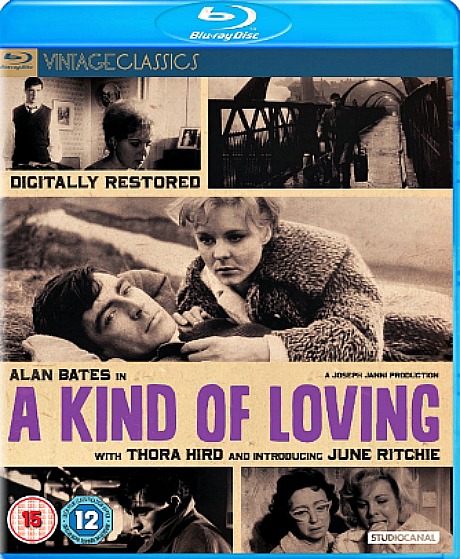 It hit me last night that a similar kind of despair is in the hearts of millions of Millennials — not enough income, saddled with enormous college debt, unable to afford kids much less a home, resentful of their parents’ generation for vacuuming up all the wealth and leaving them with relatively little, stuck in a grind, at best making do.

Millennials, in short, have just as much reason to be pissed off as Britain’s angry young playwrights and filmmakers of the ’50s and early ’60s, and yet what kind of films do they make? Or spend much of their time watching? Do they wade into social realism or at least comedies with a bitter edge? Except for the occasional cable series (Lena Dunham‘s Girls, Mike Judge‘s Silicon Valley), no. Do they make or watch films about real-deal aspects of their own difficult lives? No. Millenials mostly watch bullshit escapism, superhero flicks, dumb-shit comedies, airy-fairy relationship films. They seem to be so enveloped in despair that they can’t even get angry about it. The only evidence of any kind of Millenial rage about anything has been the Bernie Sanders movement.

Boiled down, where are the movies about scowling, sarcastic Millennials, many still living with their parents (which is true), who take refuge with alcohol and impulsive sex, who are miserable about earning so little and having to struggle so hard just to make ends meet? The social conditions are clearly there, but the movies that could be made about this don’t seem to exist.

“Victor ‘Vic’ Brown (Bates) is a draughtsman in a Manchester factory who sleeps with a typist called Ingrid Rothwell (Ritchie) who also works there. She falls for him but he is less enamored of her. When he learns he has made her pregnant Vic proposes marriage and the couple move in with Ingrid’s domineering mother, Mrs. Rothwell (Thora Hird), who disapproves of the match. Ingrid has a miscarriage, Vic has regrets and comes home drunk. The couple then consider the possibility of making do with ‘a kind of loving’.”

June 17, 2016by Jeffrey Wells29 Comments
« Previous post
Meeting Frank Zappa Is Enough. You Can Read About His Life Story Somewhere Else.
Next post »
It’s Baaack!