Before Malick Ate Himself

Criterion’s Bluray of Terrence Malick‘s The New World pops on 7.26. My copy arrived yesterday. Three versions — a 172-minute extended cut, the 150-minute “first cut” (which I saw in a New Line screening room and which was given a brief theatrical run) and the 135-minute theatrical version that New Line insisted upon because the 150 struck some as overly ponderous. I’ll be doing the 172, of course. A serious commitment. 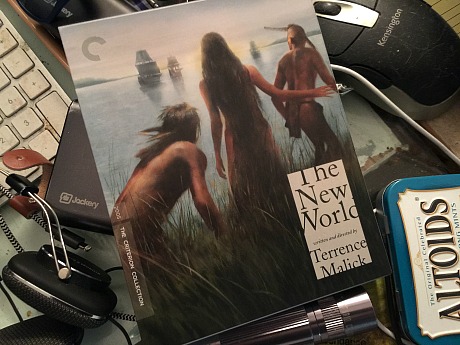 Posted on 8.26.09: “I never felt that the story told by Terrence Malick‘s The New World really worked, particularly the last third, but I’ve always been in love with the primeval splendor of the thing. During those first two thirds, The New World is a truly rare animal and movie like no other…a feast of intuitive wow-level naturalism that feels as fresh and vitally alive as newly-sprouted flora.

“Despite the disappointing last-third The New World is one of the greatest dive-in-and-live-in-the-realm movies of all time. A movie clearly uninterested for the most part in telling a gripping story but one that atmospherically mesmerizes in such a way that it feels like someone put mescaline in your tea.

“What was wrong with the last third? I believed in the current between Colin Farrell and Q’orianka Kilcher, who played Pocahantas. I felt betrayed when Farrell suddenly bailed on her and went back to England. And I resented Christian Bale stepping in and trying to take Farrell’s place. And I couldn’t have cared less about all that royal court in England stuff. Pocahantas dying young didn’t seem to mean much. It’s what happened, yes, but it’s not what I wanted to see.”

Some of us don’t remember how badly The New World was ripped by several big-name critics when it first opened.

Salon‘s Stephanie Zacaharek said Malick “may not care much for people, but he never met a tree he didn’t like.” (Somebody previously said this when The Thin Red Line came out, only they used “leaf” instead of “tree.”) Zacharek called it “so much atmospheric tootle” and said Malick’s “idea of using actors in a movie is straight out of ‘Where’s Waldo?'”

The L.A. Weekly‘s Scott Foundas calls it “suffocating…a movie less interested in expanding the boundaries of narrative cinema than in forsaking them.”

The hands-down funniest blurb was from Mike Clark’s USA Today review: “That sound you’re about to hear is the cracking of spines as Terrence Malick enthusiasts like me bend over backward trying to cut The New World a break.”

Second prize went to e-Film Critic’s Eric Childress: “Between the Smith-wanna-poke-a-hontas relationship, the seditious behavior back in Jamestown and the fear of the naturals that their kindness may be turned against them, a story as vast of The New World should serve as more than just a footnote in American history and a stain on the art of storytelling for all eternity.”

I wonder if any of these critics or anyone who dismissed The New World four and a half years ago have started to come around to it? 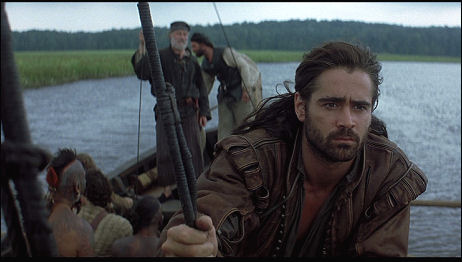 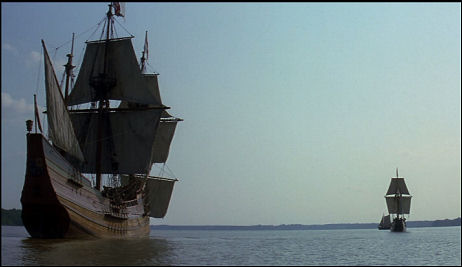