Rose McGowan to Owen Gleiberman in 7.6 Hollywood Reporter piece: “You are an active endorser of what is tantamount to harassment and abuse of actresses and women. I speak as someone who was abused by Hollywood and by people like you in the media, but I’m a different breed, one they didn’t count on. I refuse and reject this bullshit on behalf of those who feel they can’t speak. I am someone who was forced by a studio to go on Howard Stern, where he asked me to show him my labia while my grinning male and female publicists stood to the side and did nothing to protect me. I am someone who has withstood death threats from fan boys, had fat sites devoted to me. I’ve withstood harassment on a level you can’t comprehend, Owen.” 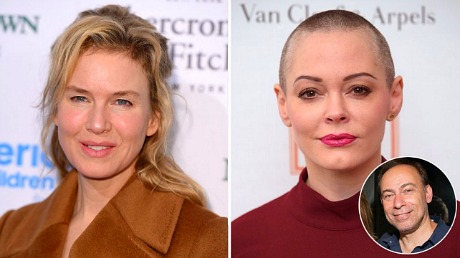 Translation: “All visual aspects of all movies are obviously fair game for critical discourse except when it comes to this or that actress having undergone certain adjustments. You can write about Bette Davis‘s eyes, but not if they’ve been touched up. I don’t care what you’re thinking or feeling or why — don’t go there again. Every ugly thing that I’ve been put through by asshole producers, directors and agents in this town is on you, Owen. Their karma is your own. Because you’re all the same beast. If Harrison Ford or Robert Redford or Mark Hamill do a Michael Cimino to themselves some day and you feel compelled to say something, have at it. But you’ve written the last sentence you’ll ever write about surgical touch-ups concerning any actress, anywhere. Once more and you’re done. If I had my way you’d be toast now, but I haven’t the power to bring that about.”

July 6, 2016by Jeffrey Wells47 Comments
« Previous post
I Miss This Kind Of Dialogue
Next post »
Deep Currents Haven’t Yet Developed