Comedies That Age Well & Those That Don’t

I haven’t seen Carl Reiner‘s Where’s Poppa? in a long while, but I have a feeling it’s not going to play as well as it did during the Nixon administration. Mainly because it pushed angry New York Jewish family humor (mockery of dementia, the loathing of one’s mother, big moustaches, family man getting mugged in Central Park by black guys), and some of this stuff is probably going to seem less nervy.

Name three hit comedies besides Dr. Strangelove that are still pretty funny and three that aren’t. Aged like wine: Bringing Up Baby, The Twentieth Century, The Awful Truth. Aged poorly: Almost any sex comedy made in the early ’60s (Lover Come Back, Man’s Favorite Sport, The Honeymoon Machine, Period of Adjustment). 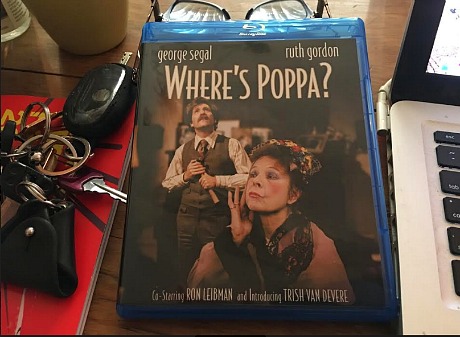