Before The Flood’s Fisher Stevens: “Yup, Things Are Fucked But We’re Not Giving Up”

Before The Flood director Fisher Stevens to Hollywood Elsewhere during yesterday’s phone interview: “You’re right — the election was the worst possible thing that could have happened for the environmental movement. But I don’t want to be on one of those people who says ‘fuck this’ and rolls over and gives up. I’m going to do my best to get to Trump and try to make him understand that everything he does politically or strategically can probably be changed, but everything he does to the environment cannot be changed. (Here’s the mp3.) 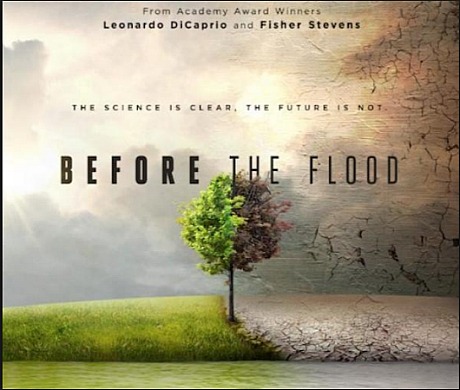 “His daughter Ivanka, whom I know and can get to…she seems a bit sensible…our kids were born the same day in the same hospital. I’m going to implore her to tell her father to oppose government corruption, to make a stand. Most of the climate deniers are on the payroll of lobbyists. I know it’s a long shot, but it’s the only think I can think of to keep myself from going into a big black hole. We have access to her, and we’re going to try to sit down with her and try to influence her before Mike Pence and Mitch McConnell and others….what worries me most is not Trump but the people he’s surrounding himself with.

“Leo is really depressed [about the election], but he’ll join me in this [strategy]. There’s a lot of passion. We’re not going to give up. We’re gonna keep fighting. If Ruth Bader Ginsburg can hold on for another four years…” Again, the mp3. Watch Before The Flood for $2.99.