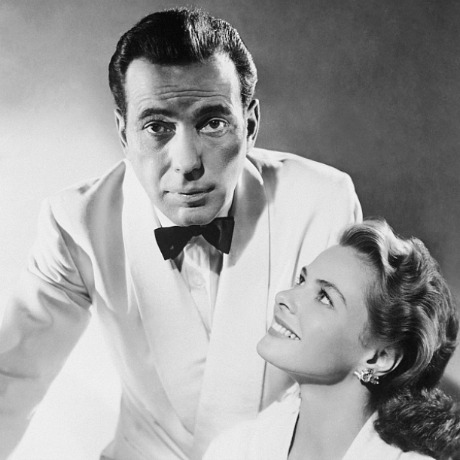 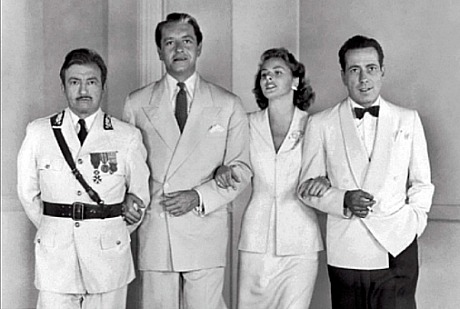 Here‘s a scan of the letter of transit that caused all the rumpus in Michael Curtiz‘s Casablanca. It’s one of the extras in the relatively new Casablanca Blu-ray box-set. Notice, however, the date that Paul Henreid‘s Victor Laszlo is travelling on — 22 Juillet 1941. And then notice the date on the gambling voucher signed by Humphrey Bogart‘s Rick at the beginning of the film — 2 Decembre 1941.

Official Casablanca letter of transit with Victor Lazlo’s name and other data filled in.

Since Laszlo and Ingird Bergman’s Ilsa Lund leave on the Lisbon plane two or three days after they first walk into Rick’s Cafe Americain at the fim’s beginning, the date on the Laszlo letter of transit should obviously be 12.4 or 12.5, so we’re talking about a fairly significant screw-up here.