Movie actors either magnetize, neutralize or leave you cold. Charlie Hunnam has always made me feel…not that much. I didn’t even notice him in Cold Mountain (’03) and Children of Men (’06). He popped through to some extent, I guess, in Guillermo del Toro‘s Pacific Rim (’13) and Crimson Peak (’15), but I was still left wondering what it was that Hunnam supposedly had. I didn’t feel anything special, whatever it was.

Then I caught his performance as legendary explorer Percy Fawcett in James Gray‘s The Lost City of Z, maybe nine or ten weeks ago at the New York Film Festival, and I said to myself, “Okay, that’s it…I really don’t like this guy…I don’t like his voice, his hair, his stiff manner of speech, the absence of magnetism, the deadness in his eyes.”

I began saying this to myself around the 25-minute mark. At the same time I was starting to feel concerned about how much longer The Lost City of Z would last. I looked at my watch….Jesus God, almost another two hours!

I was sitting in a rear-center seat in Alice Tully Hall, and for some wimpish reason I didn’t want to get up and risk stepping on 15 or 16 pairs of feet on the way out so I figured, “Stop it..be a man and stick this out…you can do it.”

I made it to the end but it was brutal, dawg. By the time The Lost City of Z I had concluded that I really, really don’t want to watch another movie with Hunnam in the lead.

An obsessive who wound up tramping through the Brazilian jungle on seven different expeditions in order to find a lost civilization, the 58 year-old Fawcett disappeared on the final trek, which ended sometime in late May of 1925. The Lost City of Z is about Fawcett’s numerous jungle explorations, which began in ’06 and ended, as noted, some 19 years later.

I’ve never watched a film about exploring exotic realms that has had less energy, less excitement, less of a pulse. I was just watching the damn thing and hoping against hope that Hunnam would be killed by a native spear or a wild animal or by falling off a cliff into raging rapids. I knew he wouldn’t die until the end of the film, but I wanted blood all the same. I started imagining ways to kill him. Anything to take my mind off the film.

Variety‘s Owen Gleiberman has called Gray’s film “Apocalypse Now meets Masterpiece Theatre,” except there’s no Kurtz and certainly no payoff at the end. It’s not exactly torture to sit through, but it’s pretty close to that.

If you’ve read this column for any length of time you know about the “James Gray cabal,” and that these guys will pretty much worship anything Gray does. I swear to God there’s something wrong with these cabal guys but let’s not get hung up on this one point.

Gray’s film is based upon a 2009 book of the same name by David Grann. Maybe that’s the best way to go — read Grann’s book and then wade through the film. All I can say for sure is that I was dead fucking bored. 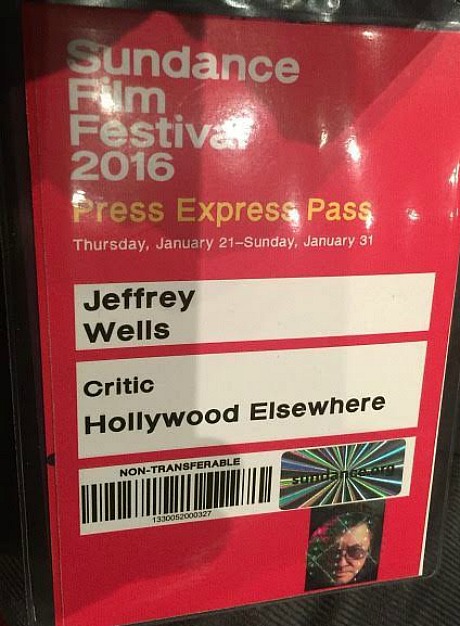