Support on Patreon Follow @wellshwood
36 Comments
So Into You 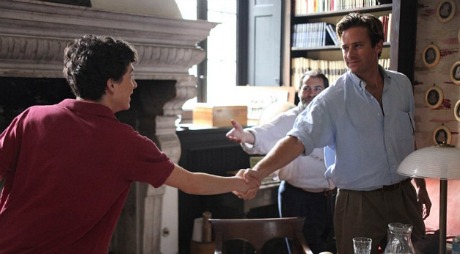 This will almost surely turn out to be the best film of Sundance ‘17 — definitely the most vividly realized, open-hearted gay romantic film since Brokeback Mountain — except it’s not so much ‘gay’ as alive and rich and full of flavor  — a sun-dappled celebration of all things sensual, musical, architectural, natural, genital, etc.”

Craig Johnson’s Wilson (Fox Searchlight, sometime in March) is basically about a middle-aged, passive-aggressive malcontent (Woody Harrelson) who’s way too friendly, way too open, doesn’t edit himself, has no social skills. He smiles sweetly and blathers on about anything that comes into his head. Free and unrestricted commentary about this, that and the other thing, and without a point or a strategy of any kind! Except to convey that he’s a passive-aggressive malcontent.

Wilson is a sweet, kind-hearted guy who will never “fit in” to any semi-conventional social congregation because he really has no idea what the word “dignity” means. One of my definitions of that term is being able to sense when it’s cool to say something in mixed company and when it’s best to shut the fuck up. This instinct is not in Wilson’s tool kit.

He also seems incapable of understanding a concept that I’ve always respected, which is that sometimes you shouldn’t say anything unless you can improve upon the silence. There’s a lot of joy and peace in silence, but lovable social calamities like Wilson will never, ever be able to get that.

Which is one reason why I would carefully limit my time with a guy like Woody’s Wilson if life had managed to install him in my orbit in some capacity. I wouldn’t necessarily cross the street or bolt in the opposite direction if I saw him coming, and I would never say anything cruel to the guy, but I would politely avoid him whenever and however possible.

This is basically why I didn’t much care for Johnson’s film, which is based on an original script by Daniel Clowes. I didn’t hate it, but I wasn’t the least bit disappointed when it ended. 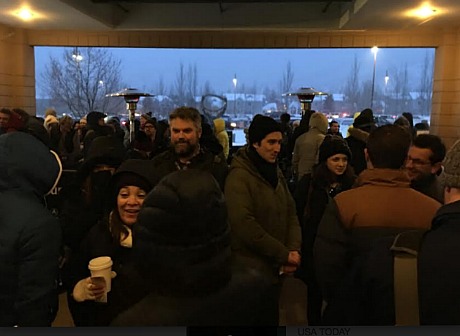 Second-tier types (i.e, those without an Express Pass) waiting to get into an Eccles screening…Mudbound or Yellow Birds, can’t remember which. 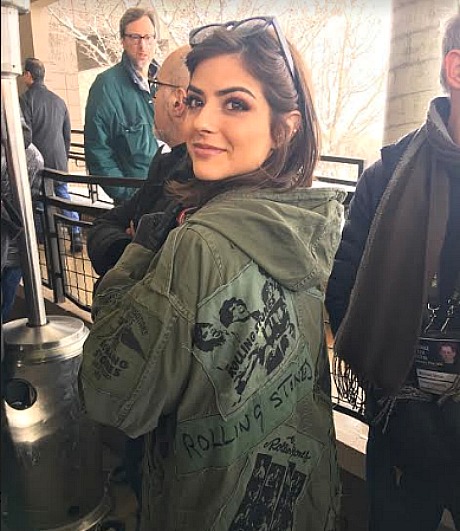 I loved this Rolling Stones military jacket — the owner was with Yellow Birds talent. 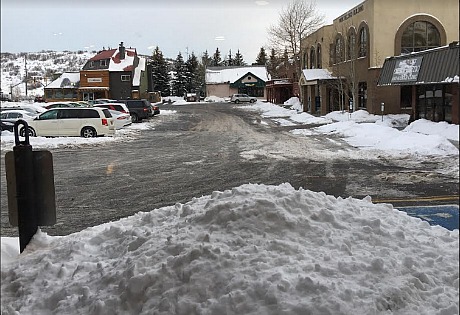 View from Hollywood Elsewhere work station inside the Park Regency lobby — Sunday, 1.22, 9:10 am. 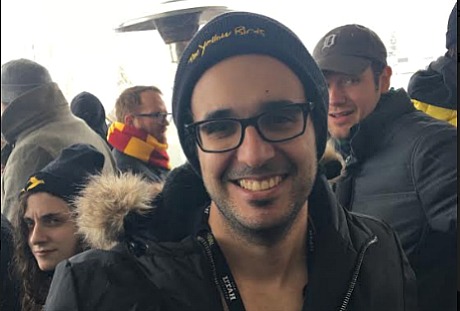 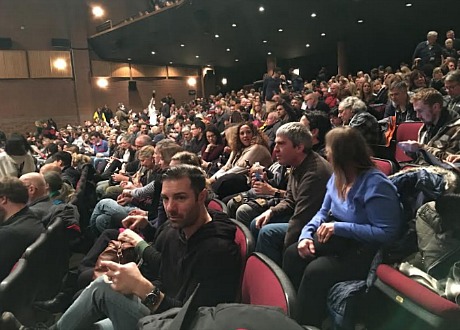 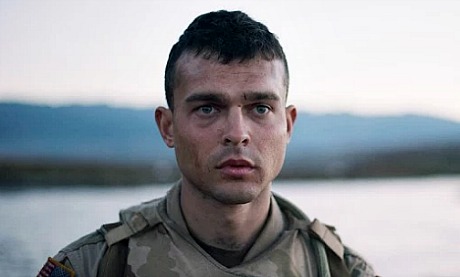 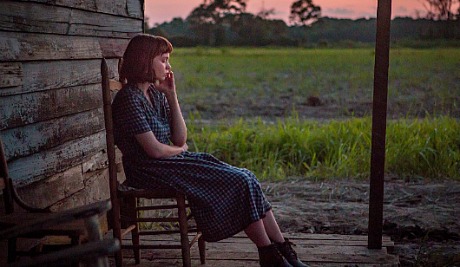 I saw the first two because I’d been given tickets by the film’s reps (you need to find them outside the Eccles), but I blew off Wind River because I had no such assurances, and because I’d also came up empty when I requested a ticket from the Sundance Press Office. I could’ve hung around before last night’s 9:30 pm showing and tried to mooch a ticket, but that’s not how I roll. I draw the line at in-person pleading, which in my mind is synoymous with grovelling.

Neither Birds nor Mudbound turned out to be all that good. Mudbound has a humanist heart — it exudes compassion for its hardscrabble characters — and is easily the better of the two. But they’re both slogs. This is sometimes part of the Sundance experience — occasionally you have to sit there and suffer and wait for a film to be over, and then you have to stand there and nod respectfully as people go on and on about how great or moving it was. (I’ll tap out thoughts about both in the next piece.)

The consensus so far is that while Wind River includes Jeremy Renner‘s finest performance yet, it’s decidedly the least of Sheridan’s heartland trilogy, the other two being his scripts for Sicario and Hell or High Water, and so I’m also blowing off this morning’s 9 am Eccles screening. I’ll see it when I see it, the sun will come up tomorrow morning either way, and I won’t be guilt-tripped by guys saying “wait, you’re not seeing Sheridan’s film this morning?” I’m playing my cards the way I want to play them.

I need three or four hours to bang out some column material, and I have three big Eccles films later today — Craig Johnson‘s Wilson (which I’m actually dreading) at 3:15 pm, Luca Guadagnino‘s buzzed-about Call Me By Your Name at 6:15 pm and finally Maya Forbes and Wallace Wolodarksy‘s The Polka King at 9:45 pm.

In last night’s SNL sketch, Aziz Asari‘s offense was saying he was okay with La La Land but that it kinda drags in the middle. I conveyed a similar reaction when I saw it last September, but I added that the opening and ending numbers (especially the latter) more than overcame any qualms. I’ve since mentioned that if you catch it a second or better yet a third time, all of that “drags in the middle” stuff kind of melts away. Plus I’ve never heard of any La La Land fascists barking at ambivalent types. So all in all I didn’t find this the least bit funny.