As Luca Guadagnino‘s Call Me By Your Name is largely spoken in English and costars Armie Hammer and Michael Stuhlbarg, and particularly given what a flat-out masterpiece it is, I don’t see why this sensual Italian-shot drama shouldn’t be a Best Picture contender a year from now. I don’t know how it’ll shake out rules-and-regulation-wise, but this a landmark film that deserves to be heralded as a major Oscar contender.

Here, by the way, are portions from my favorite review thus far, penned by Vanity Fair‘s Richard Lawson:

Excerpt #1: “A film of such dizzying beauty and rich, genuine feeling…a swirling wonder, a film about coming of age, about the secrets of youth, the magic of summer, the beauty of Italy. As a steady and unrelenting snow descended on Park City, Call Me by Your Name kissed Sundance with light and warmth.” 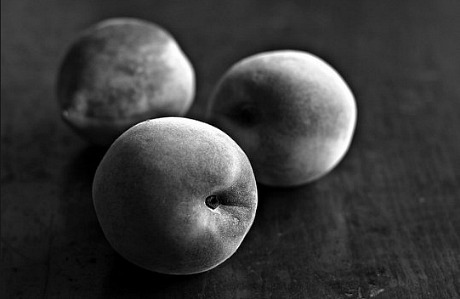 Excerpt #2: “Guadagnino has created something of such texture, such power that it’s hard to talk about it in less than hyperbolic terms.

Excerpt #3: “Call Me By Your Name is narrative in that it tells the short, bittersweet story of Elio and Oliver, but it is more a terrarium of human experience, a sensory immersion that is remarkably full in its vision. Guadagnino fills every scene with life — people, insects, plants. Each shot is busy with existence, but Guadagnino does not overwhelm.

Except #4: “Working with cinematographer Sayombhu Mukdeeprom, Guadagnino gives Call Me by Your Name the faded vibrancy of an old postcard, of a treasured memory. It’s an exquisitely composed film, blessed by terrific performances and perfectly scored by a selection of classical compositions and a pair of new songs by Sufjan Stevens.

Excerpt #4: “Call Me by Your Name becomes a coming of age film—and absolutely a coming-out film—that replaces more familiar smarm and canned lesson-learning with something deeply sincere, kind, and perceptive. [This] is no better represented than in a monologue given by Stuhlbarg toward the end of the film. Stuhlbarg delivers it with such compassion, such humanity, and Guadagnino knows to film it in an unfussy way. In the scene, Elio’s father essentially offers his son a philosophy for living, stressing the importance of letting pain exist next to joy. It’s a remarkably comforting, empathetic, simple (and yet not simple at all) bit of insight, one we could all use.”

From my 1.22 review: “Exquisitely done, perfectly acted (Armie Hammer, Timothee Chalumet, Michael Stuhlbarg) and delivered with just the right degree of subtlety — the masterful Guadagnino (A Bigger Splash, I Am Love) blended with a mixture of Bernardo Bertolucci, Luchino Visconti and Eric Rohmer within a laid-back, highly refined atmosphere that’s 85% Italian, 15% American.

“This will almost surely turn out to be the best film of Sundance ‘17 — definitely the most vividly realized, open-hearted gay romantic film since Brokeback Mountain — except it’s not so much ‘gay’ as alive and rich and full of flavor — a sun-dappled celebration of all things sensual, musical, architectural, natural, genital, etc.”

“Hammer has lucked into the best role of his career, enabling a performance that will distinguish and define him for the rest of his life (along with the Social Network twins). Chalumet is perfect — natural, emotionally present but carefully measured. Stuhlbarg’s father-to-son soliloquy at the finale is brilliant. All three could easily register in next fall’s award season, and Stuhlbarg could win because of that one scene.”

January 24, 2017by Jeffrey Wells19 Comments
« Previous post
“You Understand The Question, Right?”
Next post »
Sundance ’17 Boils Down To Three Films