God save her soul but Kellyanne Conway is a pro — a pro doing her job for a kind of monster — i.e., “Il Brutto.” But she really isn’t addressing the specifics here, hence Anderson Cooper‘s quizzical expression. In a ’90s interview Jack Nicholson said something along the lines of “women don’t fight fair,” and don’t I know it. Like the headline says, I’ve been in disputes like this. With girlfriends and my ex-wife, I mean. Nine times out of ten they’ve argued the same way — partially defaulting to basic truths as acknowledged by common observation, partially referencing specifics (i.e., things said or done) but primarily and fundamentally determined to dismiss and disparage by whatever means — you bad, you hurt me, you wrong, you pay.

I suspect that in Kellyanne’s eyes, the fundamental sin that Anderson’s team (i.e., CNN) has committed is reporting a news story that includes (if you follow the links) a tangent about urine. CNN didn’t post the dossier (that was Buzzfeed) but Kellyanne, no doubt reflecting the feelings of her boss and his top goons, doesn’t want to know from specifics. All she knows (i.e., believes) is that CNN was part of the press gang that directly, indirectly or obliquely pushed the golden showers thing into the blogosphere. Deep down at the base of her lizard brain, that’s what this conversation is basically about. All CNN did was report in a prudent and reasonable fashion the facts and what was indicated by same, but Conway has bought into another narrative. 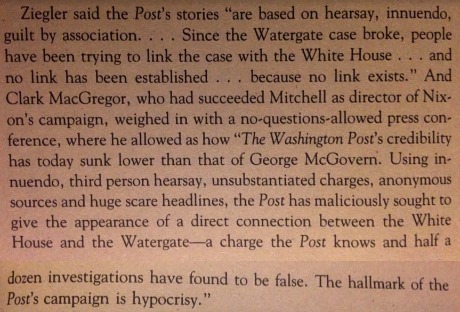 January 12, 2017by Jeffrey Wells27 Comments
« Previous post
Blame The Blogaroos For Mackenzie’s DGA Omission
Next post »
The Righteous Brothers’ “For Once In My Life”