Not much has changed since late November/early December, but a couple of things have. The Hidden Figures surge, for one. La La Land rules, of course, and the big four runners-up are Manchester By The Sea, Moonlight (I am unable to accept that a majority of Academy members believe that the entirely admirable but modestly scaled Moonlight is a more formidable achievement than Manchester…no!), Hell or High Water and Hidden Figures. In what ways am I deluding myself, if at all? What needs to go up or down? 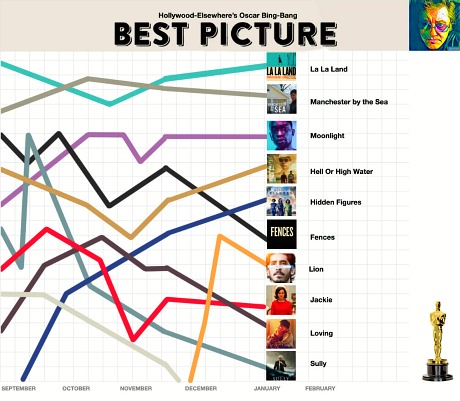