Will Feinberg’s Beatty-Dunaway Scoop Prompt Deluca-Todd To Pull An LBJ?

Will Scott Feinberg’s 2.16 scoop about plans for Bonnie and Clyde costars Warren Beatty and Faye Dunaway to co-present the Best Picture Oscar result in a fuck-you pushback? “Several sources say Oscar telecast producers Michael DeLuca and Jennifer Todd [have] personally reached out to the duo to present the award” as a tribute to the 50th anniversary of Bonnie and Clyde, Feinberg writes. “Plans could change,” he adds, “but sources say the Oscars run of show is being finalized this week.” 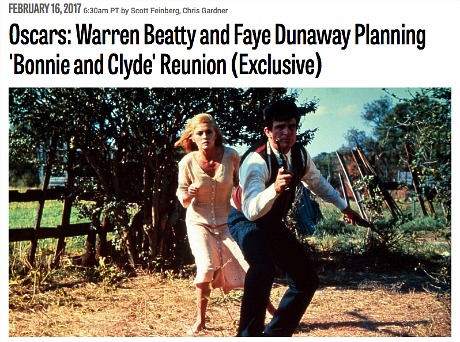 If you know anything about the guarded, occasionally prickly attitude of entrenched Hollywood producers toward trade journalists, you may suspect that Deluca and Todd are thinking about finding replacements for Beatty and Dunaway as we speak.

I’m thinking in particular of Lyndon Johnson‘s reaction to Ben Bradlee‘s May 1964 Newsweek story about his intention to replace FBI director J. Edgar Hoover. (The source was impeccable — LBJ’s press secretary Bill Moyers.) Right after the story broke Johnson called a press conference and announced that he was putting Hoover in charge of the agency “for life”. He then turned to Moyers and said, “Call Bradlee and tell him to go fuck himself.”

There’s a part of Mike Deluca, trust me, that would love to be able to do the same thing to Scott Feinberg right now. He and Todd may well stick to their plan, but don’t think Deluca isn’t tempted.