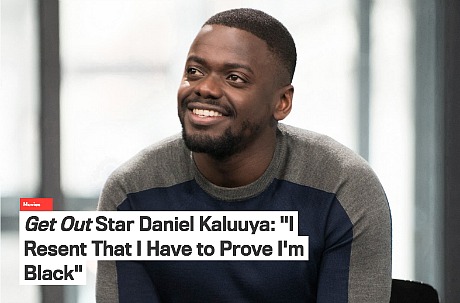 Kaluuya also says that “[when] I come to America, they say, ‘You’re not black enough.’” How does that work? Not “black” enough in an attitude sense, he’s saying? His British speech patterns and manners strike American blacks as too reserved or formal…something along those lines?

You’re supposed to pronounce Kaluuya like kahlua, Jeff Lebowski‘s favorite beverage in The Big Lebowski, except with a “y”…right? Kah-loo-yah.