Yo, Amazon — What About Screening The New Linklater in Cannes?

Richard Linklater‘s Last Flag Flying, a kind of long-throw, post-9/11 sequel to Hal Ashby‘s The Last Detail (’73), is being research-screened in Pasadena on Wednesday evening. If it’s good enough to test-screen, why not take a whirl on a Cannes Film Festival showing? This is precisely the sort of little film that could actually benefit from a successful Cote d’Azur showing. Based on Daryl Poniscsan’s 2005 novel, it focuses on a reunion between Badass Buddusky, Mulhall (a.k.a. “Mule”) and Larry Meadows, who were played in Ashby’s film by Jack Nicholson, Otis Young (who died in ’01) and Randy Quaid. Flying stars Bryan Cranston (Buddusky), Laurence Fishburne (Mule) and Steve Carell (a much shorter Meadows…maybe he shrank in the Portsmouth brig?). 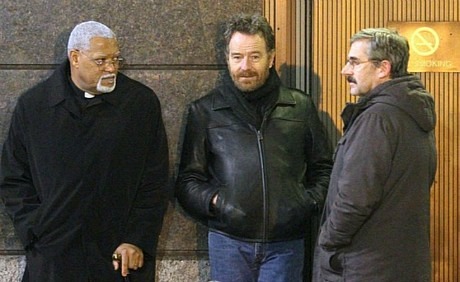 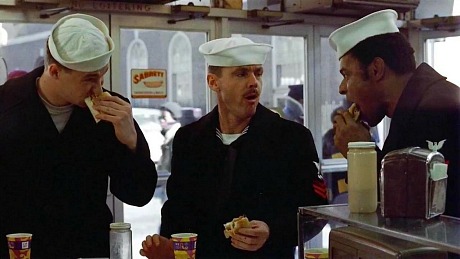 By the way: I’ve just received a Region 2 Bluray of The Last Detail, and it looks as good as possible, given that it was never intended to look all that great in the first place — the idea was to deliver something chilly and stark and 16mm-ish — immaculate soothing visuals were never part of the game plan.

“The Last Detail nearly didn’t get a release. Columbia, for whom it was made, was alarmed by the movie’s barrage of profanity and resented the unorthodox working style of its director, Hal Ashby, who loathed producers and made no secret of it. Only when the film picked up a Best Actor Award for Jack Nicholson at Cannes did the studio reluctantly grant it a release –with minimal promotion — to widespread critical acclaim.

“Nicholson, in one of his best roles, plays Badass Buddusky, a naval petty officer detailed, along with his black colleague “Mule” Mulhall (Otis Young), to escort an offender from Virginia to the harsh naval prison at Portsmouth, NH. The miscreant is a naïve youngster, Meadows (Randy Quaid), who’s been given eight years for stealing $40 from his CO’s wife’s favorite charity. The escorts, at first cynically detached, soon start feeling sorry for Meadows and decide to show him a good time in his last few days of freedom.

“Ashby, a true son of 60s counterculture, avidly abets the anti-authoritarian tone of Robert Towne’s script. Meadows is a sad victim of the system — but so too are Buddusky and Mulhall, as they gradually come to realize.

“A lot of the film is very funny. Nicholson gets to do one of his classic psychotic outbursts — “I am the fucking shore patrol!” — and there are some pungent scenes of male bonding pushed to the verge of desperation. But the overall tone is melancholy, pointed up by the jaunty military marches on the soundtrack.

“Shot amid bleak, wintry landscapes, in buses and trains and gray urban streets, The Last Detail is a film of constant, compulsive movement going nowhere — a powerful, finely acted study of institutional claustrophobia.” 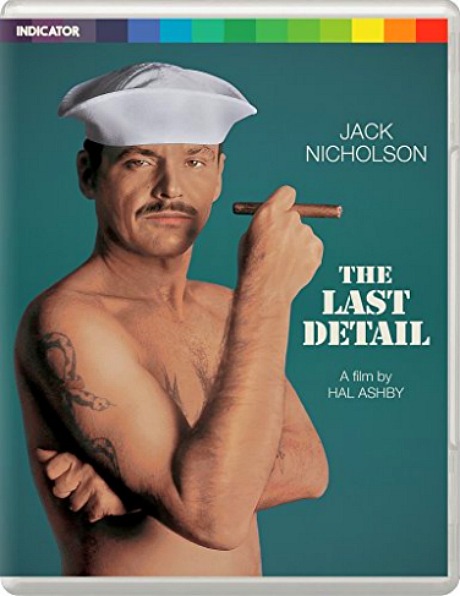