Barry Levinson‘s The Wizard of Lies, the story of Bernie Madoff’s ponzi scheme investment company, pops on HBO on 5.20.17. Robert De Niro, Michelle Pfeiffer, Alessando Nivola, Hank Azaria, Nathan Darrow, Sydney Gayle, etc. Access to online viewing for critics has just begun. It’s sitting there on the Macbook Air. The HBO page says the running time is 135 minutes. I like it like that.

Ridley Scott‘s Alien Covenant opens stateside on Friday, 5.19, or 7 days after the 5.12 debut in England. The French opening is on Wednesday, 5.10. The first U.S. media screening I’ve been told about happens in LA and NYC on the evening of Friday, 5.5. My red-eye flight arrives in NYC that morning. Straight up to Fairfield, unpack the bags, a two-hour nap, a little filing and then drive back to Manhattan around 4 pm. That’s a lot of trouble and mileage in order to savor the death of Danny McBride, but I so want to see this. Why is the U.S. among the last countries to see this thing? 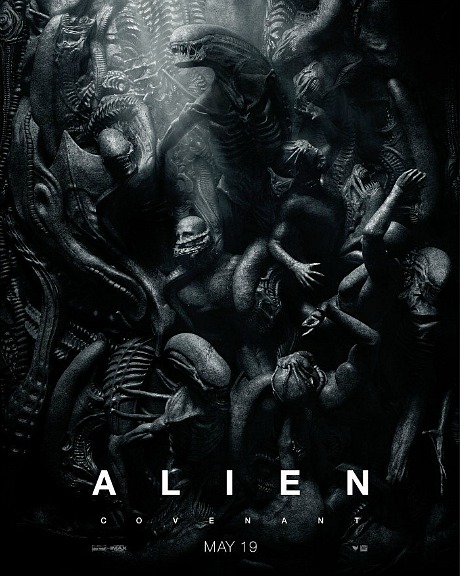 A tantalizing orange and amber-toned abode at via di Monserrato, 154. Bask in the old vibes and traditions. I could live here permanently.  That indoor courtyard! Occupying between Thursday, 6.1 and Sunday, 6.4. 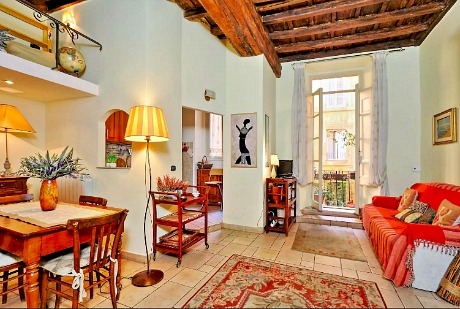 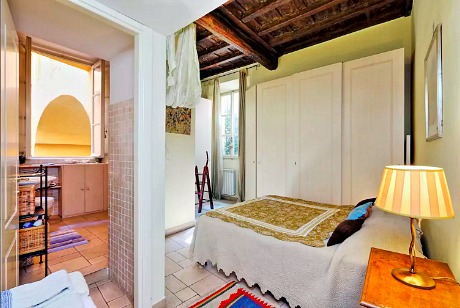 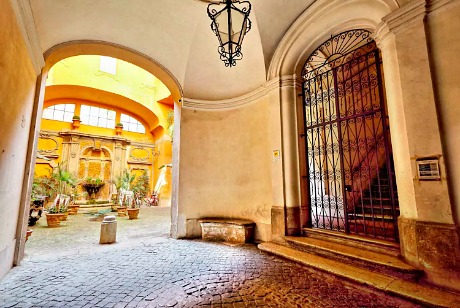 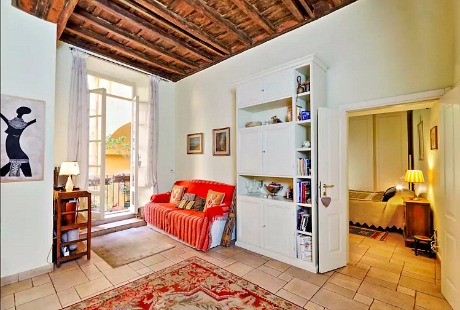 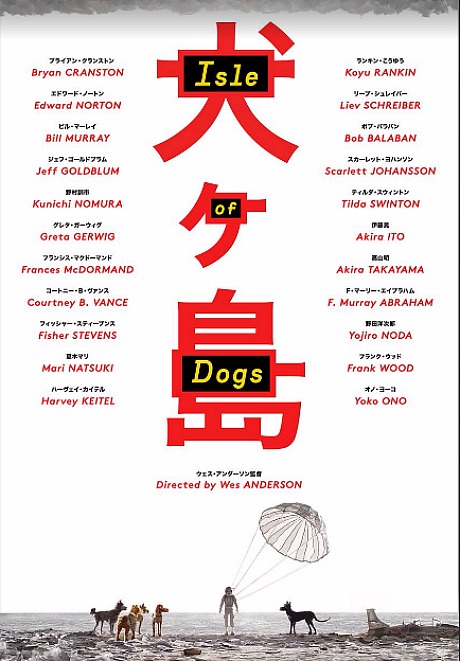 From my 2.12.15 review of Kingsman: The Secret Service: “Many of the geekboy genre zombies who didn’t approve of Steven Soderbergh‘s Haywire are giving a pass to the cynically disconnected, utterly rancid Kingsman: The Secret Service (20th Century Fox, 2.13). I get what the scheme is but it’s not funny, exciting or the least bit intriguing…a waste of my time and a ton of money down the well…why?

“The point of Matthew Vaughn‘s 007 genre spoof, in the tradition of many God-awful action flicks made over the last 20-plus years, is to levitate outside itself and in fact outside the trust or belief system that all good cinema depends upon, and to deliver cretinous action cartoon riffs. Kingsman, trust me, is pitched to the absolute lowest caste of fanboy plebians, and is incidentally delighted by the many ways that adversaries as well as bystanders can be sliced, hatcheted, drilled, shot, bludgeoned, stabbed and vivisected. Oh, right…that’s part of the attitude humor. Marvellous stuff!

The 2017 Cannes Film Festival jury was announced this morning. By my count it contains five serious filmmakers who can probably be counted upon to choose wisely and well — jury president Pedro Almodovar, Toni Erdmann director Maren Ade, actress and socially-attuned twitter maven Jessica Chastain, South Korean helmer Park Chan-wook (I’m not a big fan of his films but he knows his stuff) and Italian director and visual maestro Paolo Sorrentino.

In the middle you have director, screenwriter, actress and singer Agnes Jaoui (The Taste of Others).

And then you have a pair of softies who are probably inclined to vote for the emotional, humanist, warm-hug element in whatever film they see — actor, ex-Scientologist, onetime bulletproof superstar and up-viber Will Smith and Chinese superstar actress and producer Fan Bingbing. And finally you have another emotional fellow — composter Gabriel Yared — who may or may not side with the Smith contingent.

So basically you’re looking at a 6-3 majority in favor of cultured cineaste attitudes and aesthetics. Maybe. All I know is that when you invite Smith into the room, the conversation will most likely become more emotional and gut-driven, and less intellectually acute. I’m sorry but I feel like I know the guy pretty well at this stage.