Support on Patreon Follow @wellshwood
46 Comments
Not This, Not Me

The first thought that occured when I glanced at this poster of ScarJo in Rough Night (Columbia, 6.17) was “whoa…what happened?”  She’s only 34 but looks 44 if a day…that curvy-blonde-with-full-lips thing she had going around the time of Match Point is totally out the window. She looks unsettled, starved, brittle, PTA-ish. Everyone transitions and evolves into the next phase, but ScarJo could be auditioning for Rosalind Russell‘s part in Picnic (’55). This is honestly what came to mind. 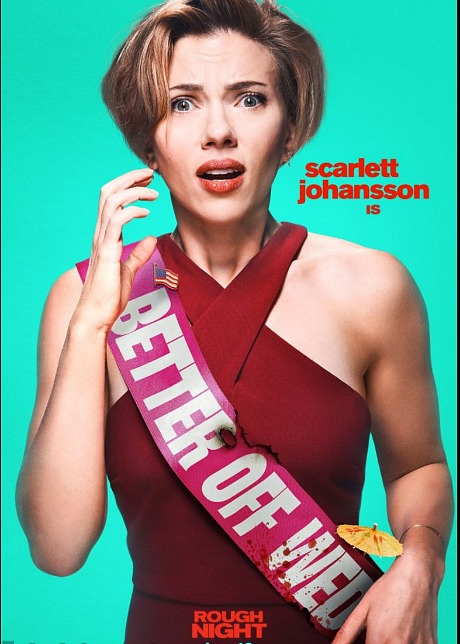 Competition: Ruben Ostlund‘s The Square. Cast: Elisabeth Moss, Dominic West. Wiki synopsis: “The film tells about a manager of the museum who is responsible for an exhibition space that houses a new installation which provides people with a symbolic space. He hires a PR firm to create buzz around the installation, but the publicity produces a public racket.” Wells comment: The title is a stiff — it drains the sand.

Out of Competition: Roman Polanski‘s Based on a True Story (D’après une histoire vraie). IMDB synopsis: “A writer goes through a tough period after the release of her latest book, as she gets involved with an obsessive admirer.” Cast: Eva Green, Emmanuelle Seigner, Vincent Perez, Alexia Seferoglou. Wells comment: Polanski!

Two days ago Brigade’s Rob Scheer asked his Facebook followers to vote for the least deserving Oscar-nominated performance of the last 15 years. Scheer failed to note that two of the following nominated performances resulted in wins, but I’ve clarified that:

I don’t know what “deserving” means in this context. Academy Award nominations are almost always handed out for reasons that are half political and half emotional, and rarely on merit alone. That said, the three least deserving among this group were Bale’s, Tucci’s and Zellweger’s.

All I remember clearly about Bale’s Big Short character, based on the real-life Michael Burry, was how completely insulated he was in the realm of his own genius (which the film kept pushing in your face), and what an anti-social dweeb he was. I hated looking at Bale’s bare feet.

I was amazed that people found Tucci’s creepy murderer the least bit fascinating, much less award-worthy. I was far more satisfied and pleased by his sure-to-be-nominated performance as Jack L. Warner in Feud: Bette and Joan.

A day late, a dollar short: Just when a certain film snob was resentfully accommodating himself to the idea of two hot lesbo nun movies, along comes Paul Verhoeven to rub a third into his face. Blessed Virgin, which Verhoeven is currently shooting, will dramatize the life of 17th Century Italian nun Benedetta Carlini (Elle‘s Virginie Efira). The script is based on Judith C. Brown‘s “Immodest Acts: The Life of a Lesbian Nun in Renaissance Italy.” Are hot lesbo nun movies becoming a “thing” in the vein of ’70s women-behind-bars exploitation flicks (including Jonathan Demme‘s Caged Heat)? Back in the ’90s there was an understanding among Entertainment Weekly freelancers that that three of anything (Blessed Virgin + Novitiate + The Little Hours) constitutes a trend. 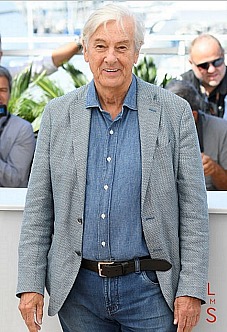 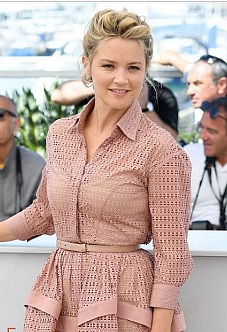