In a 4.18 post titled “Last Days of Classic HE,” I mentioned a bothersome aspect of the redesign. The smartphone edition (different than the laptop version) will, I said, “be narrower than the wide-angle laptop version, which will result in some elements (like my headshot) being sliced off.” Yesterday (4.19) Toronto Star critic Peter Howell urged that I keep my mug on the smartphone version. “The vast majority of clicks these days come via smartphone, not laptops,” he reminded. “Hollywood Elsewhere is very much associated with your personality, and I think it would be a mistake to have your face clipped from the masthead for the mobile version.” I forwarded this to the tireless Sasha Stone, who’s handling the re-design. Late last night she sent along her solution — perfect! 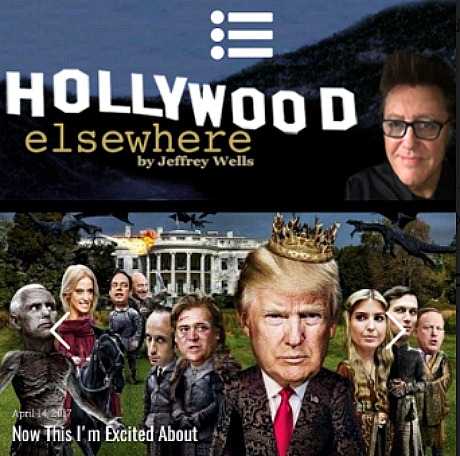