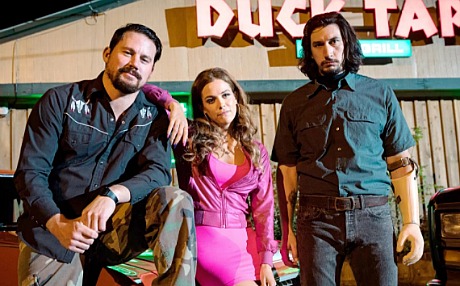 The plan to self-distribute came from “a combination of components,” Soderbergh says. “There have been advancements in technology that make it a lot easier to get a movie out in 3,000 screens than it was even two years ago. The economic model is pretty simple. You sell the foreign to cover the cost of the [film] negative. We sell the non-theatrical rights to cover the cost of the [prints and advertising], and that’s it. It’s really simple. People have done this before. The distribution part is only a little different because we control it in a way that you normally don’t get to control distribution.”

April 22, 2017by Jeffrey Wells52 Comments
« Previous post
Sliding Into Swamp
Next post »
Not Very Good At Something You Love