51 Comments
Had He Lived, John Lennon Would’ve Said “Uhm, Thanks But No Thanks”

Paul McCartney‘s cameo in Pirates of the Caribbean: Dead Men Tell No Tales (Disney, 5.26) is, of course, a laughy, jape-y thing. Keeps his hand in, energizes the brand, gooses revenues for his concerts and albums. And yes, Keith Richards did the same thing two or three Pirate flicks ago. But it still feels…what, icky? Ill-considered? However hip Macca may have seemed before, he seems less hip now. Perhaps not the worst thing to happen to his cinematic rep since Magical Mystery Tour, but unwise. 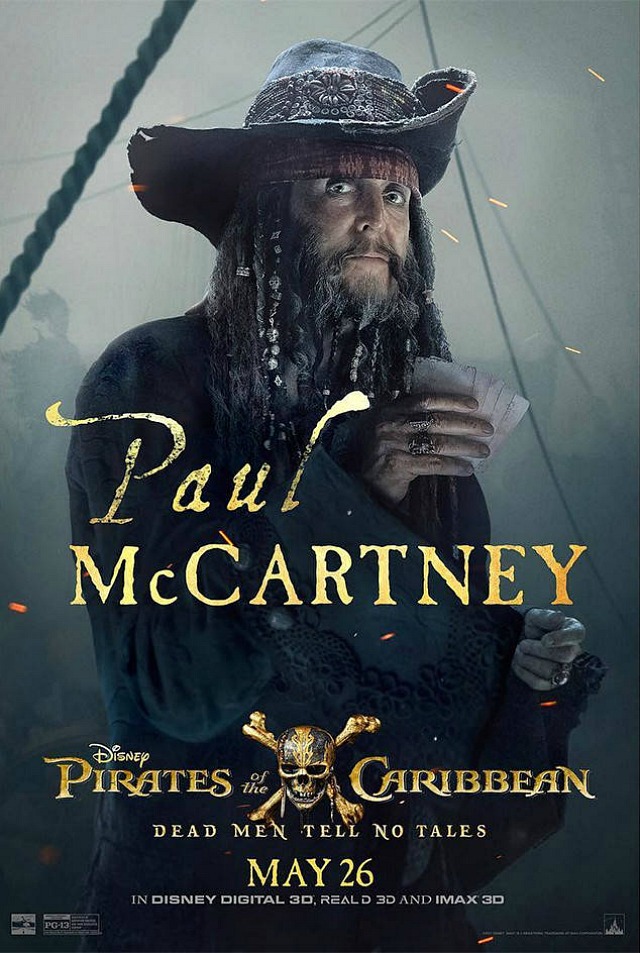 Until a couple of days ago certain Hollywood Elsewhere images (i.e., not slider images or YouTube captures but within-the-column jpegs) weren’t showing up on smart-phone Google Chrome browsers. And yet Safari was fine. Odd. It took a lot of work but HE’s WordPress guy Dominic Eardley finally solved the problem. Sasha Stone was also part of the fix (it’s been hard to keep track of who’s exactly doing what), but last weekend she was driving cross-country to pick up her daughter at NYU so she wasn’t able to focus as much. Great work, thanks much.

The new received wisdom is that Cary Grant was the ultimate Captain Trips — the guy who inspired Timothy Leary to look into LSD, and in so doing became a prime influencer and seminal counter-culture figure. Not actually but, you know, in a roundabout, cosmic-linkage, one-thing-leads-to-the-next-thing way.

“Turn off your mind, relax and float upstream…it is not dying, it is being”…that’s Cary! Okay, I might be pushing the connection a bit, but if you’ve ever been “experienced”, you wouldn’t be far off the mark to regard Cary Grant as your brother, your father…the guy holding your hand.

Sounds far-fetched, right? But a Xan Brooks Guardian piece about Mark Kidel‘s Becoming Cary Grant, which will screen at the forthcoming Cannes Film Festival, more or less makes that claim.

“In short, Trump challenges the legitimacy of checks on his governance, bullies critics and obfuscates everything. Trump reminds me less of past American presidents than of the ‘big men’ rulers I covered in Asia and Africa, who saw laws simply as instruments with which to punish rivals.

“It’s reported that Trump sought a pledge of loyalty from Comey. That is what kings seek; the failure to provide one got Thomas More beheaded. But in a nation of laws, we must be loyal to laws, norms and institutions, not to a passing autocrat.

“Trump acknowledges that he was frustrated by the Russia investigation and that it was a factor in firing Comey. This may not meet the legal test for obstruction of justice, but step back and you see that Trump’s entire pattern of behavior is obstruction of the rule of law and democratic norms.”

Indiewire‘s Anne Thompson and Eric Kohn (who’s now in Paris, staying in some baroque Left Bank hotel that hangs animal portraits on the walls) discuss the 2017 Cannes Film Festival. Things start three days from now (i.e., Wednesday, 5.17). Almost every Paris-based journalist and layover will be on Tuesday’s 7:19 am train from Gare de Lyon. I’m terrified about sleeping through and missing it.

Thompson compares staying “with a bunch of guys” in Indiewire‘s Cannes crash pad to Snow White and the Seven Dwarfs. There’s a mention of Tuesday’s La Pizza gathering. They’re hot for Michael Haneke‘s Happy End and Todd Haynes‘ Wonderstruck, but who isn’t? They sound excited but, in my view, not excited enough about Andrey Zvyagintsev‘s Loveless. Thompson is hearing “good things” about Michel Hazanavicius‘ The Redoubtable, the ’60s-era Jean Luc Godard love story. They discuss the festival’s decision to turn a cold shoulder to Netflix movies starting next year. They mention the incessant partying, drinking and hobnobbing, but the only thing that matters during the Cannes Film Festival is the filing.

Things get interesting when Kohn trashes Naomi Kawase, noting that “the only time you ever hear about her” is during the festival, “which is a little peculiar.” And then Thompson, stepping out of her amiable safe zone, dismisses Taylor Sheridan‘s Wild River, which is playing under Un Certain Regard, in part because it’s “the only Weinstein film” and is “opening in August.”