The selling point will be a a newly remastered stereo mix by Giles Martin and Sam Okell (a friend says it “sounds a bit more mono-ish” than previous editions). $117 and change. You can’t blame the keepers of the flame for trying to exploit the occasion, but no thanks. I’ve been all Pepper-ed out for longer than I’d care to acknowledge. 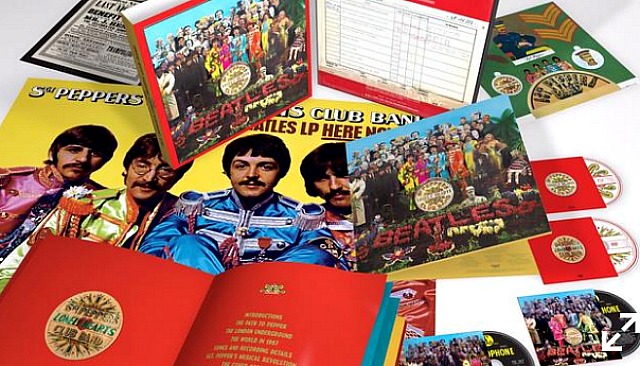 Expect a fresh torrent of looking-back assessments and tributes starting later this month. All will remind that Sgt. Pepper exerted a massive influence upon its time and realm, not just upon musicians and the music industry but the culture at large. I strongly suspect that a good portion and perhaps even a majority of these will ignore the psychedelic drug explosion that the album brought about. Those who do so will of course be ignoring the entire cultural earthquake that Sgt. Pepper incited, but that would be standard procedure for the corporate sector of 21st Century journalism.

Here’s an HE piece, posted in June ’07, about this very topic:

“Astonishingly and rather suddenly, beginning in June 1967 and continuing long after that, Sgt. Pepper’s Lonely Hearts Club Band persuaded a significant portion of America’s middle-class youths to throw out the basic rock ‘n’ roll rebel handbook and embark upon chemically-fortified, radiant-vision journeys of the mind and soul. This in turn led to a mass injection of satori/Godhead consciousness that literally upended liberal American society.

“And it was all primarily the doing of LSD — a substance that created such a profound re-ordering and a scrambling of established grooves in one’s thought processes that it allowed for the mystical to slip through and become real — along with the somewhat milder mescaline and peyote.

“Few American kids would have sampled these drugs if the Beatles hadn’t conveyed through an easily decipherable symbology that spiritual seeking and possible transformation through psychedelia was the ultimate adventure of the moment — a quest, a challenge and a ritual of spiritual exploration and discovery that hooked those with even a semblance of spirit and nerve, and led to notions of being experienced and in fact transformed.

“In short, by triggering a dam burst of pot and psychedelic drug experimentation among youths, Sgt. Pepper’s Lonely Hearts Club Band led tens of thousands of American kids into the realms of spiritual satori that Herman Hesse and Aldous Huxley had written about. Suddenly a radiant new world of Eastern mystical transcendence and transformation became a tangible thing among the educated free spirits, hippies and pseudo-hippies of that era. 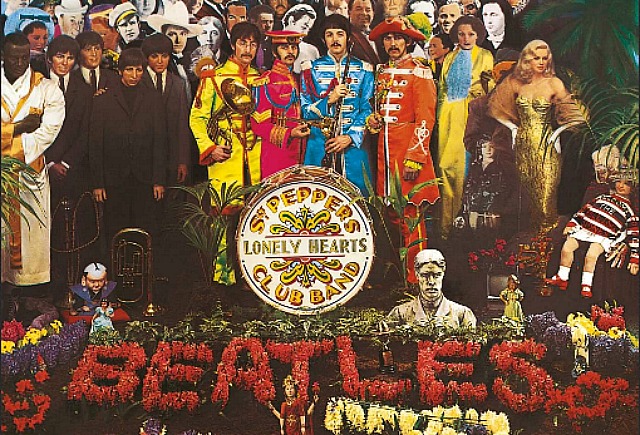 “This found its ultimate social fruit in the middle-class spiritual movement of the late ’60s and early ’70s that Tom Wolfe later described as “the Third Great Awakening.”

“‘Very few people went into the hippie life with religious intentions, but many came out of it absolutely righteous,’ Wolfe wrote. ‘The sheer power of the drug LSD is not to be underestimated.’

“There has never been a greater piece of LSD recruitment art in world history than Sgt. Pepper’s Lonely Hearts Club Band.

“Before Sgt. Pepper, only rock musicians and various other elites in cities and upscale universities were taking LSD and reading dog-eared paperback copies of the Bhagavad Gita. After Sgt. Pepper, the enlightenment-through-LSD ball game became a mass thing.

“The downside is that the middle-class element diluted the pseudo-cloistered spiritual purity and coolness of then then-nascent hippie movement. This led to a kind of downmarket mongrelization effect — middle-class dropout runaways looking for spare change in the East Village and Haight-Ashbury, using amphetamine-spiked psychedelic drugs sold by scumbags. This gradually resulted in a degenerative hip-fringe meltdown and that famous September 1967 Haight Ashbury parade proclaiming the ‘death of Hippie.'”