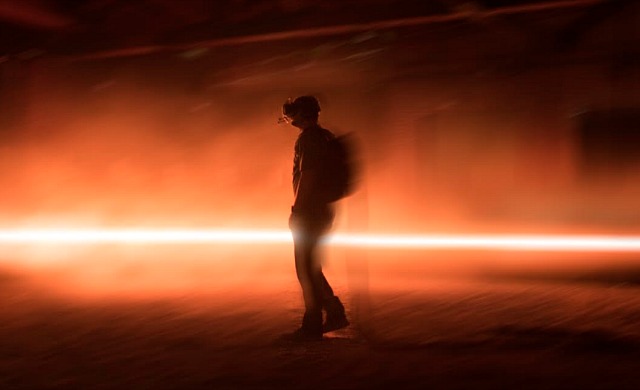 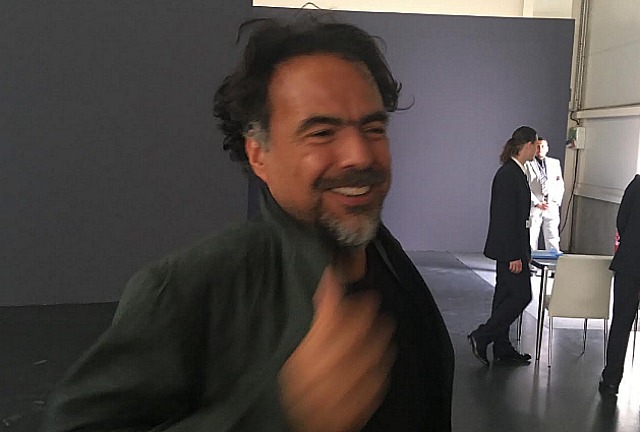 It happened inside a cavernous aircraft hanger adjacent to the Cannes Mandelieu Airport, just west of Cannes La Bocca. Inarritu and dp Emmanuel Lubezski were hanging around in the check-in area. Alejandro, open and spirited as always, said he’d been planning and working on this thing for four years, give or take. It was only during the last year or two that advances in technology made their idea fully feasible.

“Virtual reality cinema is the next thing, the next realm…there’s no stopping it,” Alejandro said. “And this is only the beginning. This is nothing. What will follow in years to come will be amazing.” Except people are sampling Carne y Arena one by one — I was all alone in the sound stage — so the economic template might be difficult to figure if the goal is to make money with a travelling show of some kind.

Alejandro’s press release statement: “My intention was to experiment with VR technology to explore the human condition in an attempt to break the dictatorship of the frame, within which things are just observed, and claim the space to allow the visitor to go through a direct experience walking in the immigrants’ feet, under their skin and into their hearts.”

Alejandro was about to leave for Milan’s Fondazione Prada, where the installation will open on June 7th and remain until 1.15.18. He’ll be there a couple of days and then return to Cannes for some kind of filmmaker dinner that will also be attended by Guillermo del Toro and Alfonso Cauron. (The latter will sit for a Cannes Film Festival master class sometime next week.)

A slightly smaller but otherwise identical Carne y Arena installation will open at the Los Angeles County Museum of Art on July 2nd. 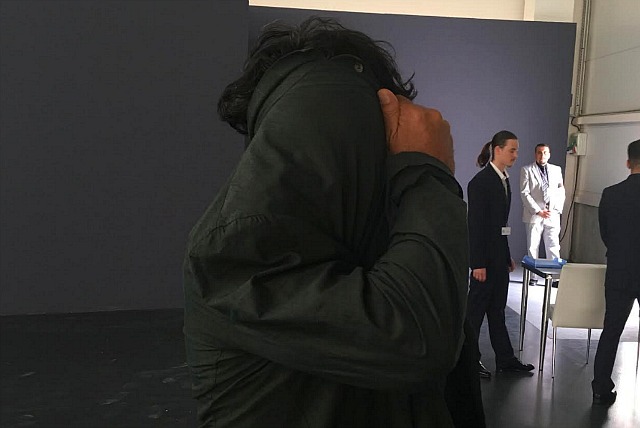 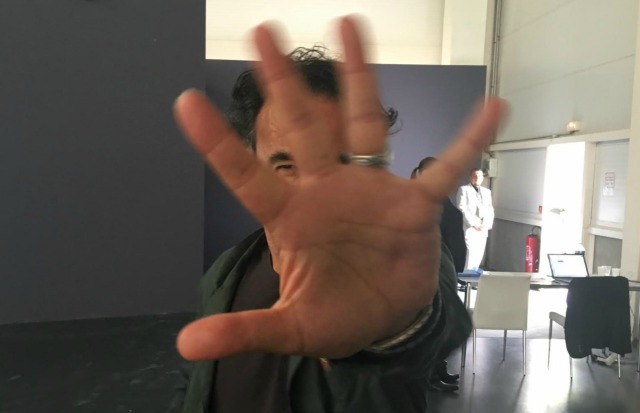 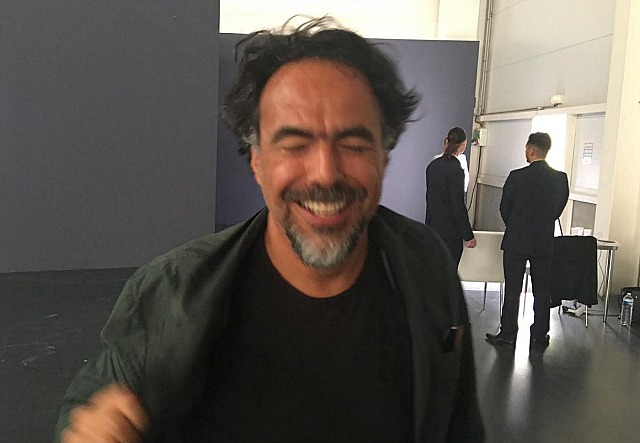 May 18, 2017by Jeffrey Wells17 Comments
« Previous post
Getting Is Good
Next post »
Roger Ailes Dies, Goes To Hell