As Long As His Sins Allowed

The first Allman Brothers album hit on 11.4.69, and right away you had to give it up for vocalist and keyboard player Gregg Allman, who at age 22 had a beautiful bluesy, achey, gin-guzzly, gravel-gut voice that made him sound like some 48 year-old, self-abusing guy who’d lived through more than his share of hard times. That voice carried him for the rest of Allman’s life, and peace be to his soul for that. For that voice, along with brother Duane’s inspired guitar playing and the churning, pumping sound of the band itself, gave birth to Southern rock. As it must to all men death came yesterday to Greg Allman. He might have lived another 15 or 20 years had it not been for years and years of alcohol abuse, which of course led to liver cancer. All party animals pay the price in the end. But if the final measure is “quality, not quantity,” Gregg Allman lived a rich, abundant, at times ecstatic life. Cheers, respect, condolences, salute. 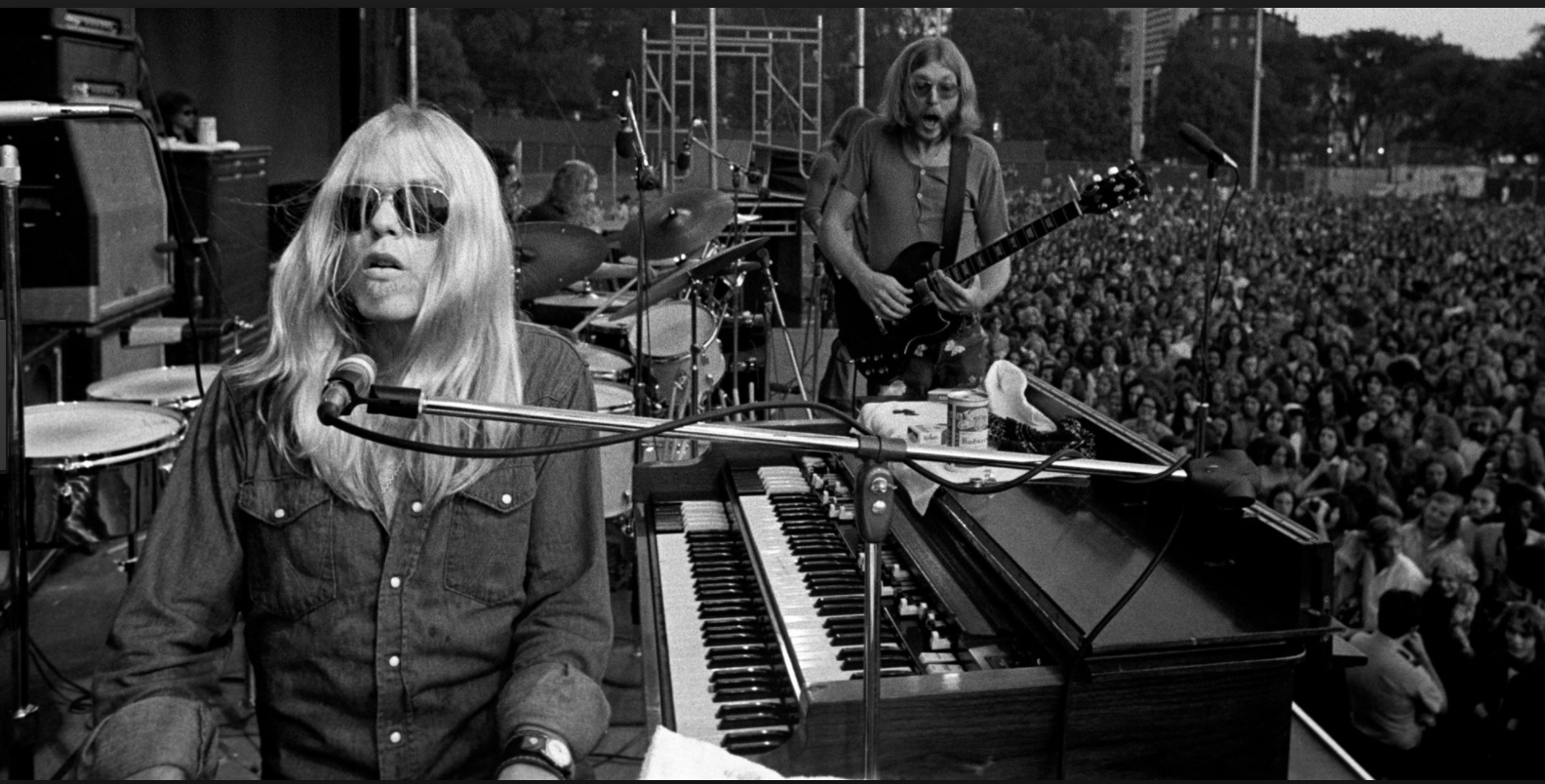