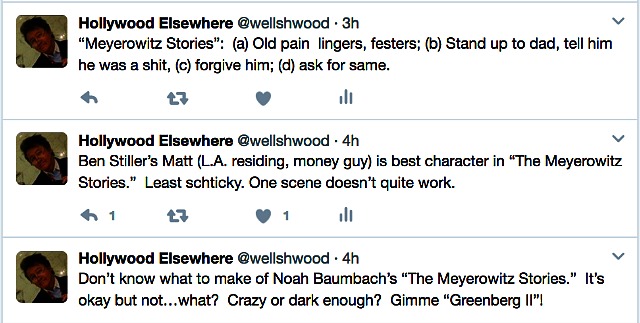 Don’t even mention Wes Anderson’s The Royal Tenenbaums, the second best Manhattan ensemble drama over the last…uhm, 30 years. And don’t even dream about Woody Allen‘s Hannah and Her Sisters, which is still the best in this realm.