Very Costly Film About An Evacuation

I’m not expecting to be stirred and swept aloft by the Dunkirk narrative. I am, however, expecting to be swept along by Hoyte van Hoytema‘s immaculate IMAX cinematography and what I presume will be an embarassment of fine historical detail. In a word, versimilitude. Either you’ll respect and appreciate what Dunkirk is or you won’t. A mass ensemble piece about a country getting its ass kicked, but its citizens responding in ways that will arouse deep-seated feelings.

What it doesn’t seem to be, if history and the Dunkirk trailers are any guide, is a riveting three-act story about fate and character that builds into something that pays off in a way that most people would call “dramatically satisfying” — i.e., a story with some kind of “stick-it-hard” ending that brings it all home and rings some kind of grand emotional bell. 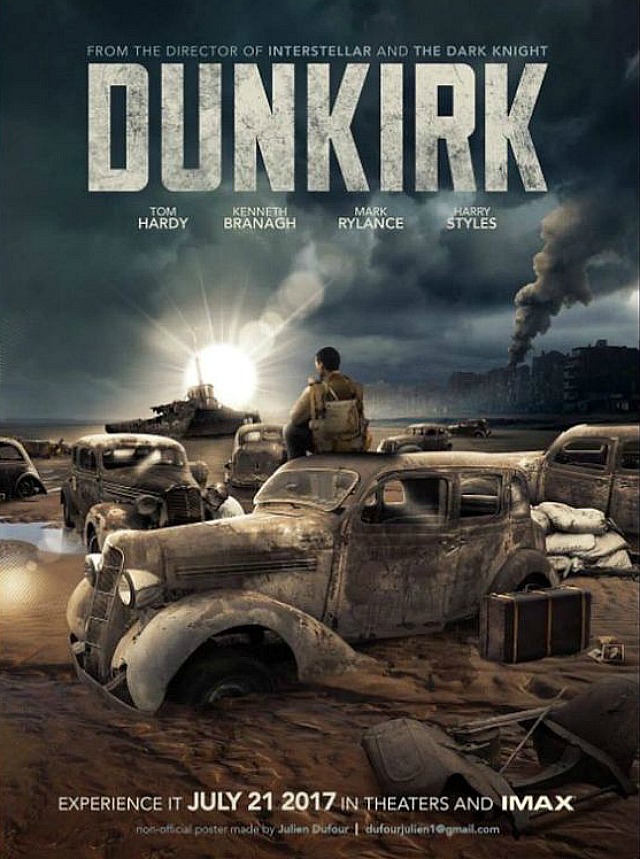 Dunkirk doesn’t appear to be about nail-bitten tension or a frenzied battle or a triumph or some profound individual reckoning, but about British blood and compassion — familial duty, loyalty, togetherness. A huge civilian community of 700 boats coming together to help 400,000 British troops survive a crushing defeat. That’s the sea part. There’s also the air (Tom Hardy buzzing the Germans in a single-seat Spitfire) and the land (all those helpless British troops huddled on the vast Dunkirk beaches), and of course the blending of these scenarios.

If you can process family devotion as heroic, Dunkirk will probably work for you. At the very least it seems unlikely to be cliche-ridden. It seems to be its own bird. And I admire the running-time discipline — 110 minutes, seven or eight minutes of which will be taken up by closing credits. At least Nolan, whose tendencies as a director of big-concept mindblowers and Batman films has been to go two-hours plus, has restrained himself this one time. Dunkirk is three minutes shorter than Memento, and eight minutes shorter than Insomnia!

I’ve been told that the Dunkirk tab is around $200 million, but you tell me. 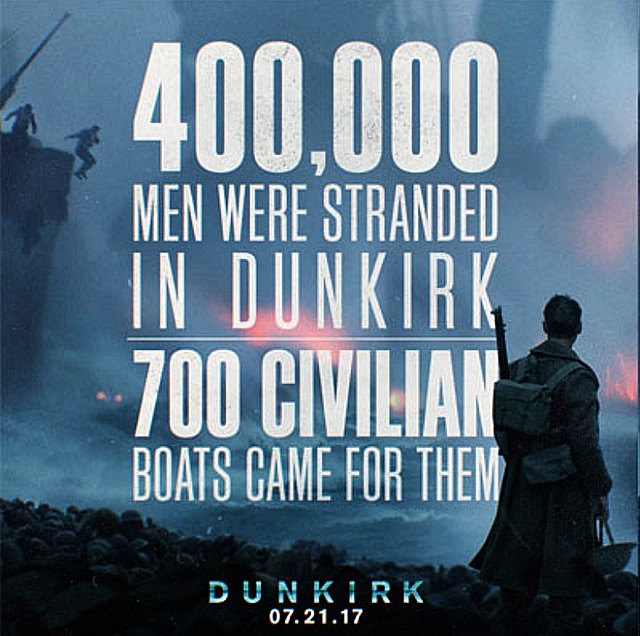 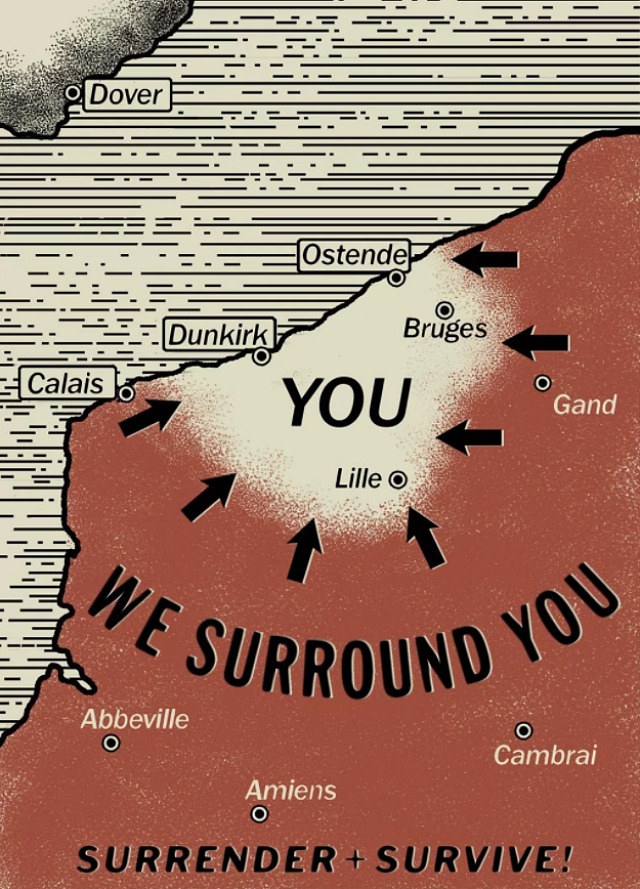