I was rumbling around the WeHo Pavilions parking lot on the two-wheeler, looking for a spot. Five or six car lengths ahead I saw a little red Mercedes pull out so I gunned it, drove around an idling SUV and pulled in. I was stowing away the helmet when I heard this wailing sound coming from behind me. It was some 40ish guy going “haaayyy!” He was frowning from behind the wheel of his white four-door something or other and whining, “I was waiting for that spot…Jesus! I was waiting for it!” As if to say, “S’matter with you? Have you ever heard of parking lot manners?”

Law of the jungle, pal. Okay, if I’d seen you “waiting” for the spot I might not have taken it. I would actually rather not occupy any parking spot as I don’t really need one. But I didn’t see you so I took the spot and that’s that. You chose to go bigger and slower with four wheels and I chose smaller with two wheels, and look who has the spot, asshole! 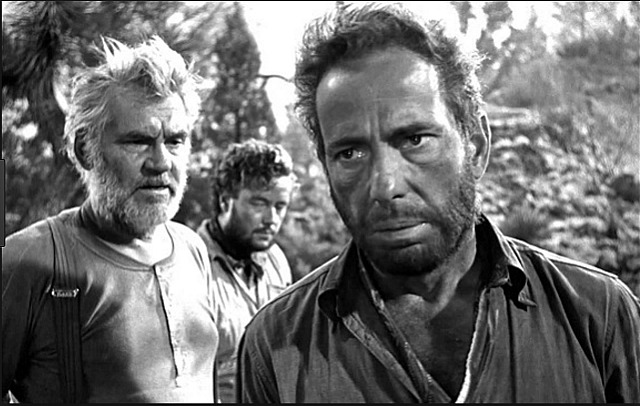 There’s a scene in The Treasure of the Sierra Madre that applies. Bearded Humphrey Bogart is dead broke and on the bum in Tampico. He’s walking down a cobblestoned street when he sees a smoking, half-gone cigarillo that’s been tossed into the gutter. Bogart wants to grab it but he hesitates out of pride. Fred C. Dobbs doesn’t drop to his knees for a few puffs of tobacco…too late! A little Mexican kid grabs the cigarillo and saunters down the street, puffing away, cock of the walk. Bogart is seething. I wanted that damn cigarillo and…okay, I hesitated but then I decided, and now some kid is enjoying it instead of me! Life sucks.

The pissed-off Pavilions parking-lot guy in the white four-door was Humphrey Bogart, and I was the little kid with the lightning reflexes. Life is like that from time to time. Unfair, I mean, but I didn’t rig it. 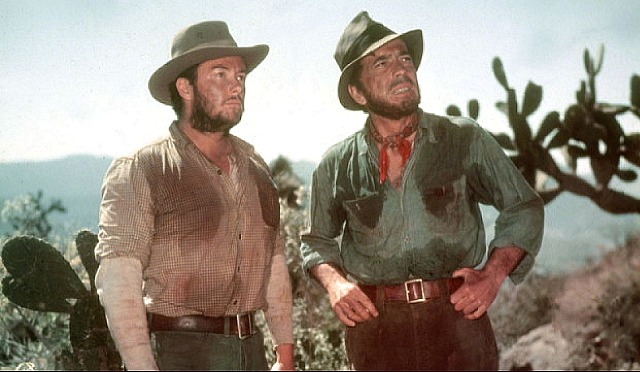