Amazon Studios will open Woody Allen‘s Wonder Wheel, a 50s-era drama set in the vicinity of Brooklyn’s Coney Island amusement park, on 12.1.17. Last February I determined that at least some of the action takes place in the summer of 1950. The proof, I noted, was in a lobby poster shown in a Wonder Wheel still that featured costars Kate Winslet, Justin Timberlake and Juno Temple. The poster was for Anthony Mann‘s Winchester ’73, which opened on 7.12.50. The Brooklyn-raised Allen was 14 on that date.

Allen is currently casting his next film, which will skew younger. A movie per year, no time to lose, total workhorse. 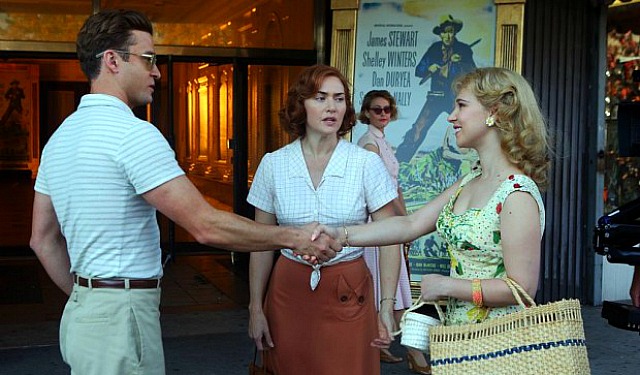