“’I’m not trying to correct or counterbalance,’ Pascal said, referring to male-dominated Hollywood. ‘I’m interested in women because I am a woman, and that’s what I understand.’ 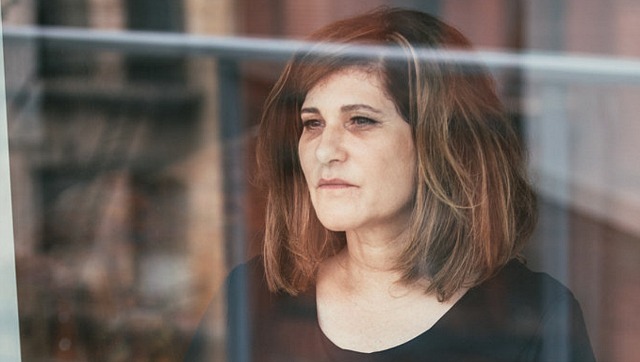 “To illustrate her point, she turned to The Papers, which stars Meryl Streep as Katharine Graham, who hesitantly took over The Washington Post after her husband’s suicide in 1963. The screenplay finds Graham trying to catch up to The New York Times, which published the Pentagon Papers in 1971, enraging President Richard M. Nixon and leading to a landmark First Amendment court case, which prohibited the government from ordering that leaked information not be published.

“’It’s first and foremost a movie about Katharine Graham, a woman who went from being a little bit of a mouse to a lion,’ Ms. Pascal said. ‘And that, to me, was obviously really interesting. She had to struggle to decide to speak up.’

HE interjection: The problem with The Papers, as I indicated last March after reading Liz Hannah‘s The Post (since retitled and rewritten by Josh Singer), is that Mrs. Graham spends too much time as a mouse (over 70 pages) and not enough as a lion.

Hannah’s script delivers “a well-written, reasonably compelling story as far as it goes, but by focusing on Graham’s personal tale rather than the meat and marrow of the Pentagon Papers saga it half-sidesteps what could have been a fascinating, gripping procedural-slash-thriller about one of the toughest and proudest episodes in big-time American journalism.

“It portrays a pivotal moment not just for Graham but the Washington Post, which prior to the Pentagon Papers episode had been regarded as a relatively rote and lackluster newspaper compared to the N.Y. Times. But it ain’t Spotlight, and it damn sure isn’t All The President’s Men.

“It’s a story about a wealthy, privileged, bordering-on-timid woman with self-esteem issues who gradually decides to inch her way into growing a journalistic backbone.

“It’s nicely written with a good if gradually developed story structure — the existence and content of the Pentagon Papers aren’t revealed until page 33 or so, and Graham doesn’t really find her inner steel until the last third — but what does this have to do with 2017 other than providing a reminder that we need tough journalism in the age of Trump?”

One of the more striking aspects of Barnes’ piece is the above photo, taken by Andrew White. The article is about Pascal having found happiness and satisfaction as a Sony-backed producer since her exit from the studio in 2015. But those eye bags indicate she’s been through (or is currently experiencing) a fair amount of stress. On one hand I admire Pascal’s willingness to allow the Times to snap a candid without makeup or special lighting; on the other she could be a character in a Rainer Werner Fassbinder film. Not that there’s anything wrong with that.

Pascal owns a labradoodle, by the way. Call me myopic but I’d never heard this term until today. As you might presume, they’re a cross between Labrador Retrievers and poodles. The breed apparently became popularized roughly 30 years ago.