Posted five and a half months later: Steven Soderbergh‘s Che shows tonight at the AFI Fest inside the big Chinese theatre, and I will be in attendance. This will be my third time and the honest-to-God truth is that I can’t wait to slip into it again. For me the Che experience is not unlike how Tom Wolfe once described the experience of settling into the Sunday New York Times — “that great public bath, that vat, that spa, that regional physiotherapy tank, that White Sulphur Springs, that Marienbad, that Ganges, that River Jordan for a million souls.” 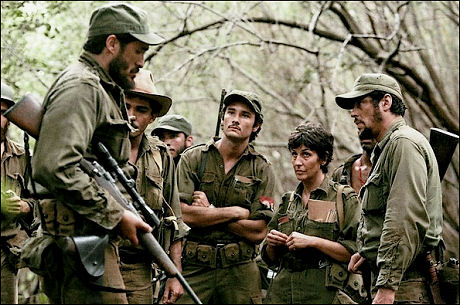 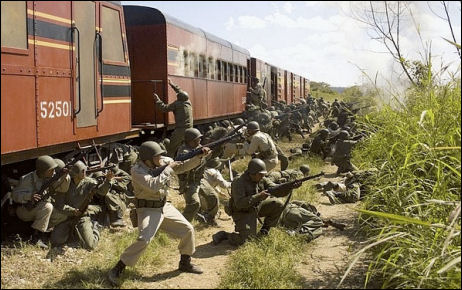 “Che is a direct challenge to audiences,” declared L.A. Times guy Mark Olsen in a 10.31 article. “Depending on who you ask, Che is either Soderbergh’s greatest masterwork or his grandest folly.”