Most filmgoers don’t associate the terms “horror flick” and “intriguing social metaphor.” They just go for the shocks and shrieks. But with the arrival of Darren Aronofsky‘s mother!, this dynamic is about to change.

It’s a film about dark, malicious things happening to a home and more particularly to a shaky marriage between Jennifer Lawrence and Javier Bardem, but it’s not some primal, oozy, goo-gloppy horror flick but — surprise! — a nervy, wild-ass provocation that actually qualifies as “thoughtful”. Really. Five or six people can see mother! and come out with five or six different takes, and all of them valid.

Obviously all horror flicks are signifiers of subterranean cultural undercurrents, but most stand and deliver as visceral experiences. The best ones slip into your bloodstream and before you know it you’re them. Or they’re you. mother! is visceral as hell, but you can’t watch it and not think “uhhm, this is about more than what I’m seeing on the screen…this might actually be about everything that’s happening on the planet right now.” Or not. Up to you. But it begs to be grappled with. 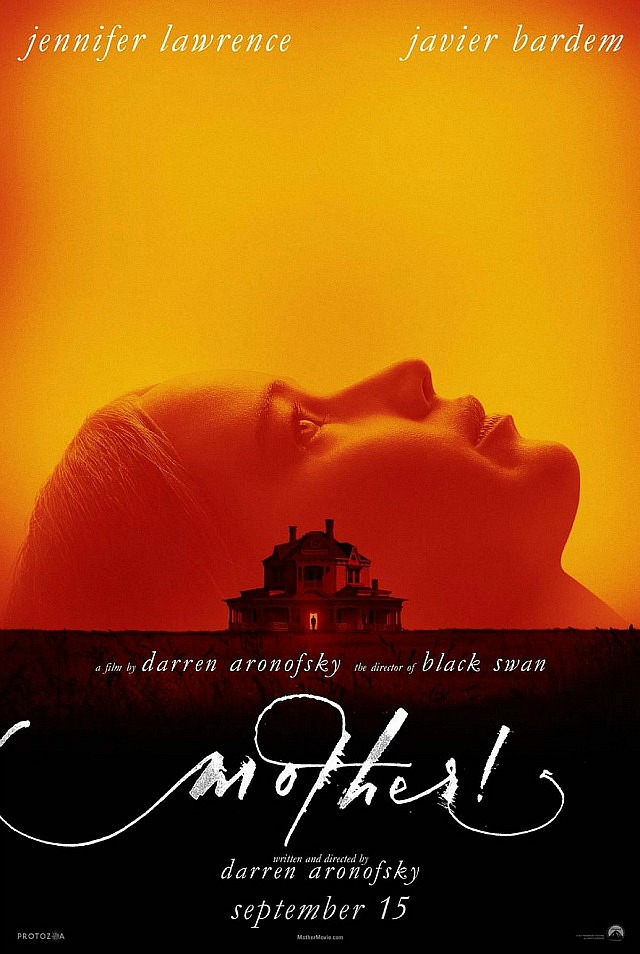 What happens in mother! is not entirely pretty or pleasant, but the movie is obviously a social or mythical allegory of some kind. I regard it as a portrait of the rancid, poisonous currents in our culture invading and ruining an oasis of purity and simplicity, or maybe as just a simple re-telling of the Adam and Eve saga. Some are seeing a reflection of what celebrities often go through with overly aggressive fans. The other day I called it “the single most profound explanation or dramatization of the saying that ‘hell is other people.'” Others are detecting an oblique confession of what Aronofsky may be like as a husband (i.e., self-engulfed in his artistic process, susceptible to mood swings).

Reactions are so intense and all-over-the-map that there’s only one thing to derive: mother! has to be seen.

Film School Rejects‘ Tomris Laffly grasps the metaphorical: “There’s an undeniable, contemporary allegory in Aronofsky’s mother!, which treats the couple’s once impeccable home as Planet Earth and the vicious looters who damage and demolish it with scratches, dents, and bloodstains as humankind.”

And this from Toronto Globe & Mail critic Barry Hertz: “Even those who find themselves sitting between these two camps are guaranteed to walk away from mother! feeling…something. Perhaps enlightenment. Or outrage. Or just a general sense of gobsmacked disbelief.”

Bunuel’s The Exterminating Angel (’62), a droll tale about some well-heeled Spanish elites who find themselves unable to leave a dinner party, is a universally respected classic. Angel deals roughly the same kind of allegorical cards that mother! does, and yet there isn’t a film critic on the planet earth who would dare flagellate Bunuel. Imagine if critics of ’62 had ripped him for making a boring, static film (“They never leave the home! Nothing happens!”). 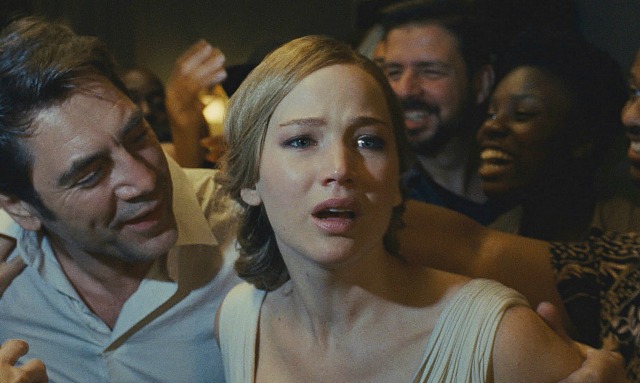 Ditto Roman Polanski‘s Rosemary’s Baby (’68), a low-key horror film about the birth of a living Satan in New York City. It was soon generally understood that the story of Guy and Rosemary Woodhouse and Roman and Minnie Castevet was actually a metaphor for the falling away of faith and Christianity in an agnostic, anti-establishment milieu (i.e., “is God dead?”). You can process Rosemary’s Baby as a crafty tale about a Satanic plot or as an echo of the social tremors of the late ’60s or, if you prefer, what pregnant women go through as they prepare for birth. But only the shallowest viewer would ignore the undercurrents.

Is mother! in fact about “the madness, the mob, the awfulness, the vulgarity, the end, the abominations, Dr. Phil, the poison, the ego monsters and rampant obscenities and tables of half-drunk 20something girls wailing with laughter in bars…about every unfortunate social horror of the 21st Century”? I don’t  know but I like the sound of this. Got a better interpretation? Great — let’s hear it!