Glenn Close totally rules in Bjorn Runge‘s The Wife, which just ended at Toronto’s Roy Thomson Hall. The film is strong and precisely written and well-carved, and Close carries it along with costar Jonathan Pryce on a 60-40 basis.

She brilliantly re-defines the familiar role of the discreet, classy, long-under-valued wife & partner of an ostensibly great man.

It’s a landmark performance with a great, angry, full-throttle climax. Close has a Best Actress nom in the bag if — IF — The Wife opens by 12.31.

Earlier today I finally saw Jim Carrey and Chris Smith‘s Jim & Andy: The Great Beyond. It’s a 95-minute doc about Carrey’s super-intense experience in portraying put-on comic Andy Kaufman for Milos Forman‘s Man on the Moon (’99). As a “making of” saga it’s a way-above-average thing, and as a slice of intimate celebrity portraiture it’s anything but run-of-the-mill.

The film achieves specialness by way of (a) a trove of heretofore-unseen backstage footage, shot by a crew Carrey hired to stay with him throughout filming, and (b) Carrey’s talking-head narration, which I found perceptive and (to my surprise) emotionally affecting.

I was hoping for a diverting backstage thing, but Jim & Andy is much more than that.

It’s not just an essay about the craft of movie acting and the ritual of surrendering to a role, which Carrey did so completely while playing Kaufman in ’98 that he literally stopped being himself on a 24/7 basis (refusing to answer to Jim, speaking of himself in the third person). It’s also a study of the personas that we all project socially vs. the person we really are deep down. Which makes it a food-for-thought film about what social identity really boils down to, and the games that we all submit to in order to fulfill expectations and keep up appearances.

I was never not fascinated, and I loved the flavor of it.  I was especially struck by an anecdote about a certain phone conversation Carrey had with  Man on the Moon director Milos Forman, during which Carrey floated an idea about “firing” Kaufman and the super-contemptible Tony Clifton (I was never able to tolerate this alter-ego asshole) and doing imitations instead.

I could summarize a few more highlights but I’m out of time. You’ll be better off just seeing the film and discovering them for yourself.

Mainly I felt riveted by Carrey’s commentary and Zen vibe. Sure, you can call Jim & Andy a vanity project as there are no talking heads besides the 55 year-old actor, and yet there’s something to be said for this strategy. Carrey’s relaxed, seemingly-nothing-to-hide manner of speaking (and who knows what’s real and what isn’t in terms of who he really is and what he’s chosen to pass along?) reaches out and somehow connects. His candid recollections, perceptive assessments, shoulder-shrugging charisma, seeming honesty and longish hair and gray beard, etc. — it all adds up to a package and a presentation that I trusted.

For all the media-driven perceptions about Carrey having gradually evolved over the last 10 or 15 years into something of a wiggy eccentric (Guardian critic Jordan Hoffman wrote in his review that Carrey “comes off as an asshole”), Carrey struck me as genuine and whole. There doesn’t seem (emphasis on the “s” word) to be any lying in the guy.  And the story behind his Kaufman performance is a trip.

And on that note, I have to leave for a 6:30 pm screening of The Wife at Roy Thomson Hall.

The idea in this Gilbert Gottfried doc is that you can present an agreeable, relatively mellow front with your friends, pets, neighbors and family members, and then become (i.e., revert to) a somewhat more pointed and aggressive personality when you’re “on” — performing, writing, acting or what-have-you. I am not Gottfried or vice versa, but to some extent I understand that dynamic.

Jeffrey Wells to Twitter Banshee Comintern: Please accept my humble apology for having written that a reportedly sober and recovering Devin Faraci deserved a second chance. I had read Tim League‘s letter about the former Birth.Movies.Death editor/columnist having embraced sobriety and presumably begun a healthier, less ferocious way of life. I’m not going to get into the beefs that many have had with Devin, but as one who felt cleaner, steadier and more open-hearted after embracing sobriety on 3.20.12, it seemed like a decent thing to say “okay, Faraci’s turning a corner, give him a break, allow him to become a better person.”

I’m very sorry for having said that. I should have bonded with the salivating wolves and said, “No, send him to hell….banish Faraci forever, kill his soul, exterminate his being, make him work as a cab driver or supermarket manager for the rest of his life.” I should have said that but I was too weak. I would love to possess the judgmental fibre of those fine people who’ve succeeded in changing League’s mind and persuading him to boot Faraci once and for all, but I haven’t found a way to do that yet. Help me, God….help me find the way. 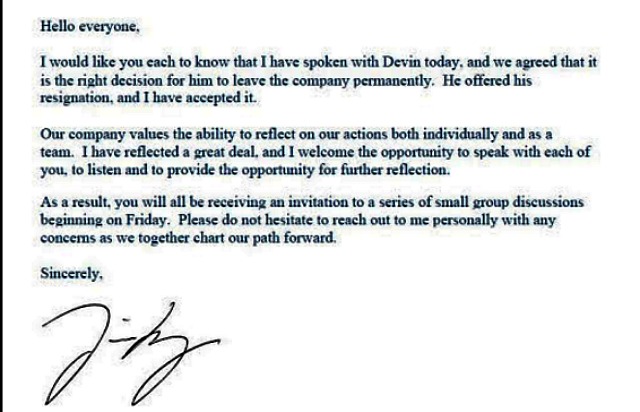 Angelina Jolie‘s Evelyn Salt was trained as a child in a tough Russian Academy for lethal super-spies also…no? And then she went on to become a kind of double-agent? Red Sparrow (20th Century Fox, 3.2.18) is obviously a kind of retread. Director Francis Lawrence, the director of not one or two but three Hunger Games movies, is everyone’s idea of a hack, a journeyman, a well-paid stooge. In short, the perfect guy to helm Red Sparrow. Jennifer Lawrence looks either miserable or emotionally shut down or a combination of the two. I can’t wait to suffer through this thing.

“Drafted against her will to become a ‘Sparrow,’ a trained seductress in the service of Russian intelligence, Dominika is assigned to operate against Nathaniel Nash, a first-tour CIA officer who handles the CIA’s most sensitive penetration of Russian intelligence. The two young intelligence officers, trained in their respective spy schools, collide in a charged atmosphere of tradecraft, deception, and, inevitably, a forbidden spiral of carnal attraction that threatens their careers and the security of America’s most valuable mole in Moscow.” — from Amazon summary of Jason Matthews ‘Red Sparrow’ trilogy.