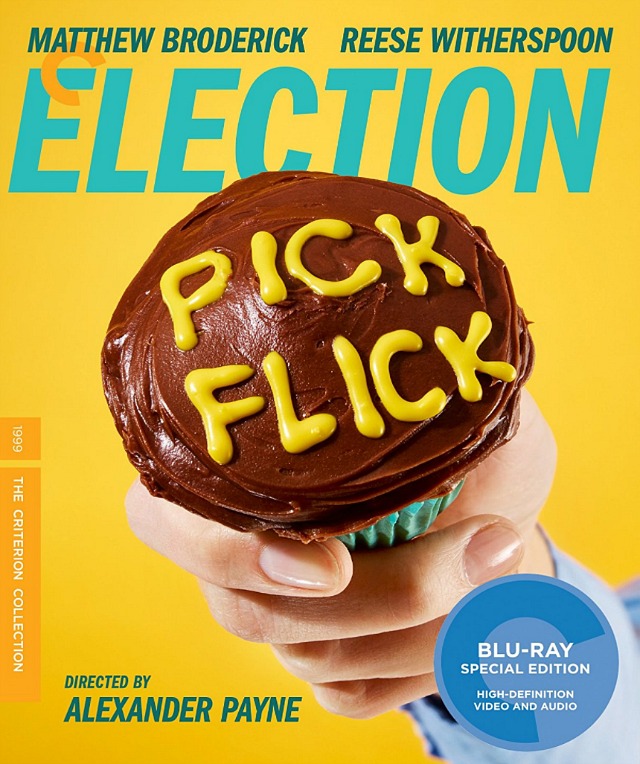 “mother! is Darren Aronofsky’s Stardust Memories, his vehemently exaggerated satire on the burdens of fame. And for anyone who thought that Woody Allen’s 1980 film looked a gift horse in the mouth, critiquing fame from within its comfortable confines, mother! tops it — it’s a cinematic version of an equine root canal. The films’ similarities in intent and differences in degree emerge in one aspect in particular: while Stardust Memories doesn’t exactly flatter Allen’s character, in Aronofsky’s film the artist — freed from direct identification with Aronofsky’s own persona — comes off as an ingratiating monster.

“mother! is the story of a mid-career male artist — a writer, played by Javier Bardem — whose conjoined qualities of celebrity and vanity give rise to a uniquely destructive power. For Aronofsky, the calculus is cruel: the adoring crowd is motivated by a greedy and cavalier selfishness that is sought, enabled, nourished, sustained, and encouraged by the artist himself. His film flirts with the ridiculous and sometimes falls into it — though to ridicule it, or Aronofsky, for doing so is to miss both the point and the pleasure.” — posted by The New Yorker‘s Richard Brody on 9.18.

I’m kind of fed up with traumatic recovery movies. Hard-knock tales about the resilience of the human spirit, I mean. Protagonists walloped and nearly destroyed by some godawful tragedy only to gradually fight their way back to a semblance of a normal life.

And so I sat down to watch David Gordon Green and Jake Gyllenhaal‘s Stronger (Roadside, 9.22) with a guarded attitude. Here we fucking go again, I told myself — the story of real-life Boston bombing victim Jeff Bauman (played by Gyllenhaal) overcoming the loss of his legs and becoming a hero of perseverance. This is certainly what’s been sold by the trailer, which is full of rah-rah uplift.

Well, guess what? Stronger includes a few inspirational moments in the third act, but mostly it’s a darker, grimmer and more despairing thing than you might expect. It’s been shot and cut in an intimate, off-angled way, and it certainly doesn’t unfold in the usual manner, at least in terms of rousing third-act recovery music and scenes designed to tug at your heartstrings. And Gyllenhaal, it must be said, really drills into Bauman’s pain, shock and despair, and I mean in a Robert De Niro-as-Jake LaMotta sort of way.

Is this Gyllenhaal’s most award-worthy performance ever? That’s a tough call for a guy who’s slammed it out of the park four or five times over the last dozen years (Brokeback Mountain, Zodiac, Nightcrawler, Demolition, Nocturnal Animals) but I honestly think it might be.

Augmented by some first-rate CG that totally convinces you that his legs are truly absent, Gyllenhaal’s Bauman is certainly more intense and blistering than Gary Oldman‘s Winston Churchill, I can tell you that. And I really admire that he never seems to be trying to charm the audience into liking him. That’s partly an aspect of John Pollono‘s script, which is based on “Stronger,” a personal recollection book by Bauman and Bret Witter, but it also comes from Gyllenhaal’s bravery.

The overall emphasis is a lot more on “fuck me” and “this really sucks” than “I not only have the strength to improve my life and make things better all around, but I will make you, the popcorn-munching audience member, feel better about your own life in the bargain.”

Maslany is not…how can I put this?…she’s not exactly my idea of an actress I’d like to hang with for long periods of time or, you know, have a couple of drinks with or whatever, and she’s certainly not the birds-of-a-feather equal of Gyllenhaal in terms of basic attractiveness, but she  knows how to make difficult situations and emotions play in relatable dramatic terms. (Last February’s announcement that Bauman and Hurley intend to divorce is ignored by the film.)

The degree to which Stronger is not a formula recovery flick can’t be over-emphasized. The trailer makes it seem like an uplift thing but the trailer lies.

As of right now there are seven fall-holiday biggies, listed in order of likely award-season importance, that are yet to be seen: Steven Spielberg‘s The Post, Paul Thomas Anderson‘s Phantom Thread, Woody Allen‘s Wonder Wheel, Ridley Scott‘s All The Money In The World, Richard Linklater‘s Last Flag Flying, Michael Gracey and Hugh Jackman‘s The Greatest Showman, and Clint Eastwood‘s The 15:17 to Paris (which should obviously be re-titled as 3:17 to Paris).

I would also add Bjorn Runge‘s The Wife, the Glenn Close-starring contender that’s only been shown once at the 2017 Toronto Film Festival, for a total of eight.

I don’t regard Tomas Alfredson‘s The Snowman, Rian Johnson‘s Star Wars: The Last Jedi, Denis Villenueve‘s Blade Runner 2049 (all but written off at this stage of the game) and Pixar’s Coco as potential award contenders. (Thanks to Jordan Ruimy for the nudge.)

I’ve chatted with Alicia Vikander at a couple of social events. She’s a fine actress (loved her to death in Anna Karenina and Ex Machina) but she’s no more of a muscular, martial-arts badass than Angelina Jolie was when she made Salt. Like Jolie, Vikander is wirey and slender and on the petite side. Unlike Gal Gadot or Gina Carano, she’s no one’s idea of an Olympian, Amazonian badass. So that’s an instant “no sale” on her Tomb Raider, which will on 3.16.18.

I am Yul Brynner‘s Ramses, standing in my gleaming blue-and-white chariot and holding three golden arrows above my head as I attempt to rouse the fighting spirit of the Egyptian army: “Death to Tomb Raider! Death to the executives who pushed this through the Warner Bros. bureaucracy! Death to any and all attempts to make super-muscular action heroes out of 110-pound actresses whom I could personally take with one hand tied behind my back!”

“Living’s over for me, but it’s a thrill to be standing here before you, Father. I was what I was. What can I tell ya? There were times when I was so stupid, so stupid, but I wasn’t an animal. Okay, I was an animal. I was raised among animals in the Bronx and I followed suit, and Lord, I suffered for that. Let me into heaven. Okay, I shouldn’t have smacked my wife…okay, both wives and my brother around, but I fought well, held the middleweight champion title for a couple of years, played a bartender in The Hustler, and then Marty Scorsese made a great movie about me. You hear what I said? You hear what I said? There’s no way I’m goin’ down to hell. You’ll never get me down there, Father. I swear on my mothah’s soul I wasn’t that bad…I wasn’t that bad.”