Jett Wells and Caitlin Bennett tied the knot around 4:25 pm today. Beautiful ceremony, warm weather, heartfelt vows, serene vibe, sniffles and hugs…the day couldn’t have been more note-perfect. Including the dinner, dessert, champagne for those who were drinking, etc. Congrats to the newlyweds and anyone else who had anything to do with this atmosphere of balm and cheer. Yes, thanks…another piece of wedding cake! 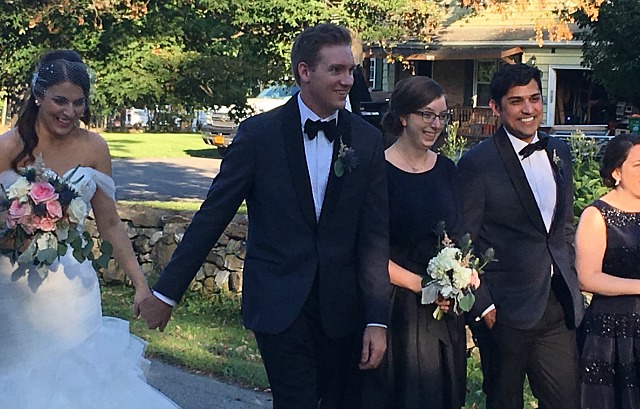 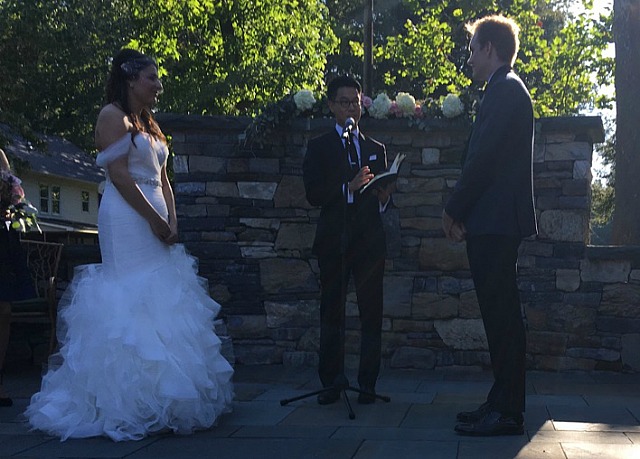 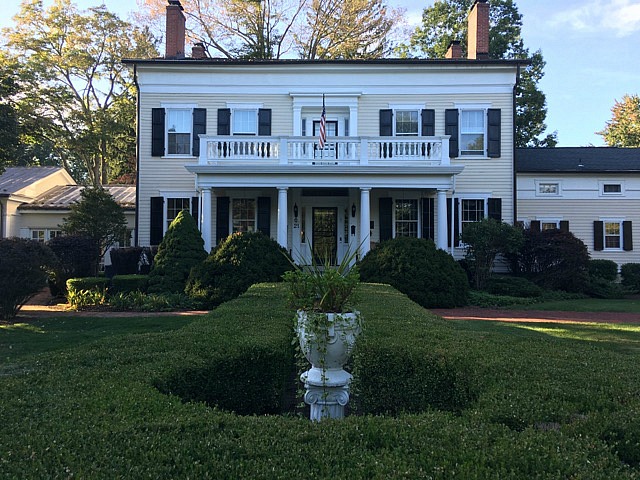 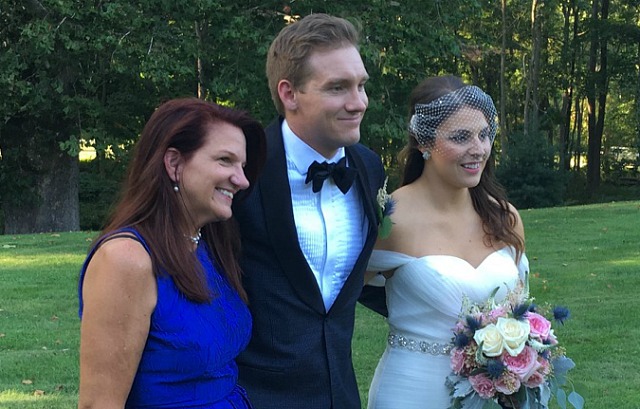 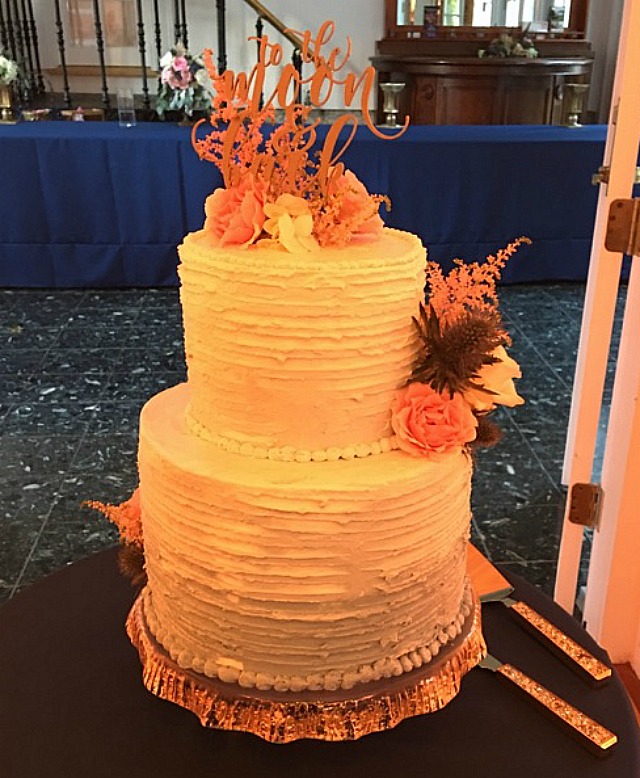 How many hundreds if not thousands of film-industry professionals, above and below the line, would be financially stricken or hurting if Congress was to pass a law outlawing all zombie films for the remainder of the 21st Century? Just a thought. Actually, it’s a wish. I wouldn’t have the slightest argument if the making of all post-apocalyptic films was to be banned henceforth. It’s a genre that’s been done to death. As two-reeler B westerns were to the ’30s and film noir was to the late ’40s and mid ’50s, zombie films are to the 21st Century. Only low-rent, bottom-of-the-barrel filmmakers are invested in them.

Jonathan Dayton and Valerie Faris‘s The Battles of the Sexes (opening today) is fine as far as it goes. And I’m not saying “fine” as a dodge. It really is an acceptable, good-enough thing.

During my one-and-only Telluride viewing I never once said to myself “this isn’t working” or “why isn’t this better?” I was engaged in the true story as far as it went. I never felt bored or irked. Okay, perhaps a little let down when I began to realize that it wouldn’t be delivering any big knockout moments and that it was basically an acceptable, competently made sports drama with five or six good scenes. But I was always “with” it. No checking the watch, no bathroom breaks.

I wasn’t knocked out by Emma Stone‘s performance as tennis great Billie Jean King, but neither was I disappointed. I believed her; she’s fine. Ditto Steve Carell‘s performance as the occasionally clownish, gambling-addicted Bobby Riggs. Honestly? The performance that touched me the most was Austin Stowell‘s as Billie Jean’s husband, Larry, who shows grace and kindness as he realizes that his marriage is on the downslope due to his wife’s emerging sexuality, and that there’s nothing to be done about it.

Nobody at Telluride was over the moon about Battle of the Sexes, and a few were underwhelmed. But nobody put it down either. There’s nothing wrong with a film that rates a solid 7.5 or thereabouts. I wish more films were as moderately satisfying. I am not damning with faint praise here. Not every worthwhile film has to be brilliant.

My insect antennae are picking up odd little tingle vibes from Tomas Alfredson‘s The Snowman (Universal, 10.20). Which may signify something good or even great. Who knows? But there’s something odd going on…I can feel it. How can a snow-blanketed policier about a mystifying hunt for a serial killer, especially directed by the respected Tomas Alfredson (Let The Right One In, Tinker Tailor Solder Spy), be anything but satisfying in a shaded adult way? How can it not be different, disturbing, unsettling? And with such a great-sounding cast — Michael Fassbender, Rebecca Ferguson, Charlotte Gainsbourg, Val Kilmer, J. K. Simmons, Toby Jones, Chloë Sevigny, et. al.

On the other hand there are four “hmmm” factors: (a) The Snowman opens four weeks hence (10.20) and yet I haven’t heard of any screenings or reactions to same…nothing; (b) I’ve learned to be slightly wary of films that open in England before the U.S. (the U.K. debut is on 10.13); (c) why didn’t The Snowman play at the Toronto Film Festival?; and (d) Michael Fassbender is still on the HE shit list — I’ve simply come to dislike the guy no matter what he does, and I don’t see that changing any time soon. 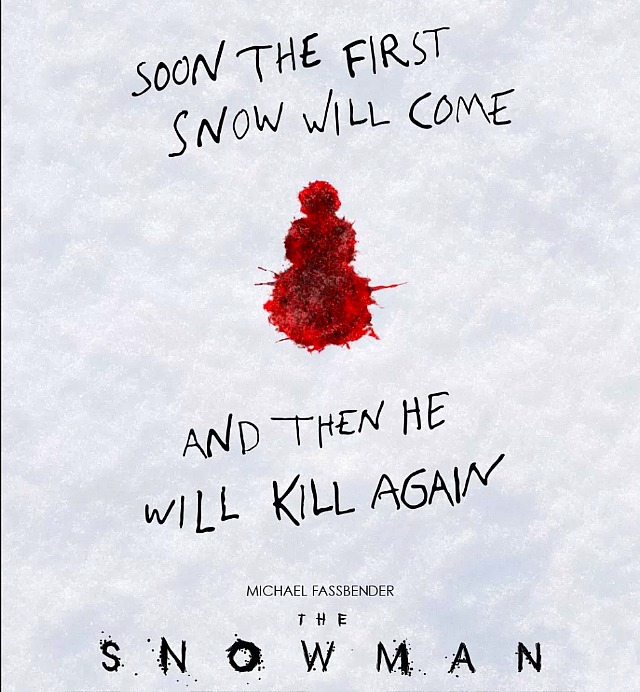