Being here anyway for Jett and Cait’s wedding, I decided to soak up a little Manhattan. Arrived today at 1:45 pm, staying until late Monday afternoon. I’m crashing in a small space on West 75th, a half block from Central Park West and right around the corner from the San Remo. Summery weather, shirtsleeves, etc. 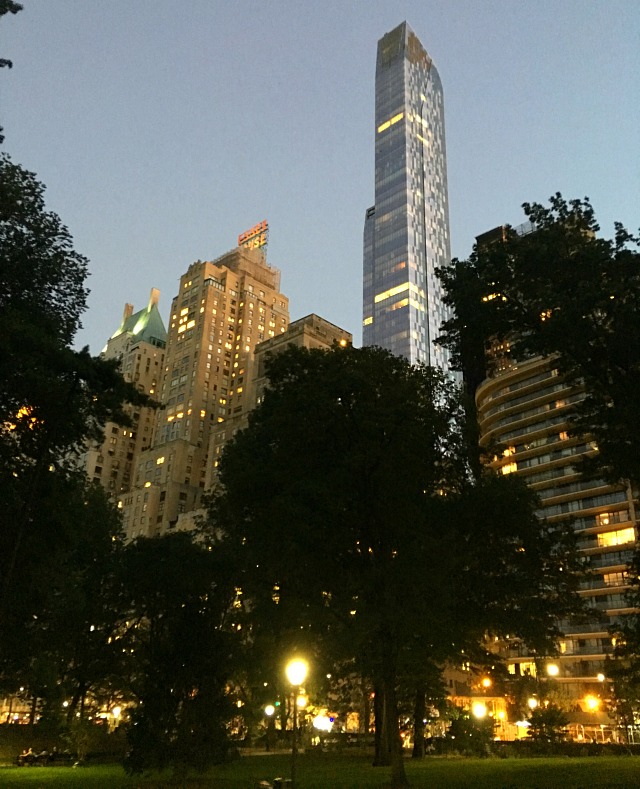 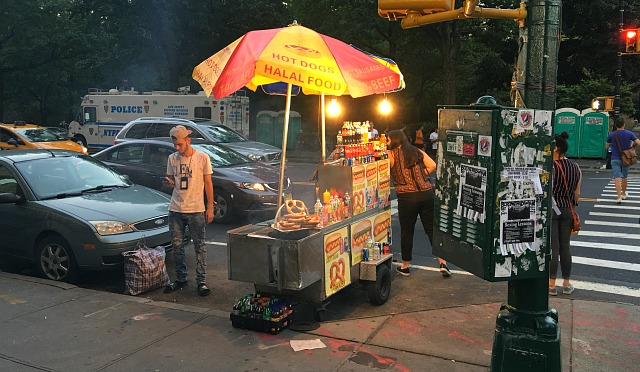 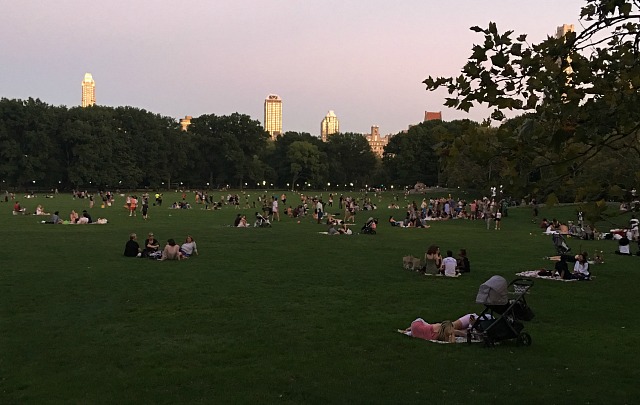 Few things in life are more soothing, to me, than Martin Scorsese‘s conversational speaking voice. The Scorsese-narrated doc that first got me was My Voyage to Italy. My all-time favorite is still A Letter to Elia, which Marty made with Kent Jones. Of all the online instructionals being peddled, this is the only one I’d like to really settle into. Yes, I know Scorsese has just begun filming The Irishman here in the NYC area, but I didn’t find the set photos (Marty, De Niro, Pesci) the least bit interesting.

I haven’t re-watched Alejandro G. Inarritu‘s 21 Grams since the initial run…Jesus, 14 years ago. I never bought the 2009 Canadian Bluray, but I’m thinking of getting the upcoming Universal Bluray, which pops on 10.31. I wasn’t the only one who felt totally turned around by this somber masterpiece. Costars Naomi Watts and Benicio del Toro were nominated for Oscars, but didn’t prevail. Watts was handed a Best Actress trophy by the Los Angeles Film Critics Association.

13 Comments
“Instead Of A Bum, Which Is What I Am…Let’s Face It”

I’m not an ESPN guy, much less a follower of NBA pro basketball, still less of the Golden State Warriors or the Cleveland Cavaliers. Before this morning the only curry I knew or cared about was the Indian food seasoning, and the last time I paid any serious attention to Lebron James was when I writing about Trainwreck two years ago. But Stephen Curry (of the Golden State Warriors) and especially James (of the Cavaliers) are my new heroes after their tussle today with President Trump.

At an Alabama political rally yesterday Trump urged NFL owners to fire players who don’t stand for the national anthem out of protest, and later seemed to disinvite Curry from some kind of traditional White House visit. Then James tweeted a perfect “fuck you” to Trump: “U bum.  Steph Curry already said he ain’t going! So therefore ain’t no invite. Going to White House was a great honor until you showed up!” Then the Warriors declined to attend en masse. Or did that happen before the James tweet?

If I’d been James, I would’ve gone with a more colorful and anachronistic “ya bum ya!”

Despite what Variety‘s Brent Lang claimed yesterday, Andy Muschietti‘s It is not the highest-grossing horror film of all time, and it sure as hell hasn’t out-grossed William Friedkin‘s The Exorcist.

If you toss out Lang’s Exorcist tally of nearly $233 million and concentrate solely on theatrical revenues from the original ’73 and ’74 run, the domestic Exorcist gross was $193 million. In 2017 dollars that’s $1,067,233,490, or $67 million north of $1 billion. It‘s drawing power is far from spent, but right now The Exorcist‘s ’70s tally is over four times higher than It‘s current gross.

The most accurate measure of the popularity of any film is, of course, admissions. I haven’t time to research those statistics right now (have to catch a noon train back to NYC) but perhaps the readership can dig into it in the meantime.

There’s also the indisputable fact that It sucks and The Exorcist is a masterpiece, at least by the relative standards and criteria of the horror genre. 44 years ago it was regarded by critics as a piece of brutal, assaultive manipulation, but on a contemporary side-by-side basis it’s obvious that Friedkin’s film is head and shoulders above the chain-jerk, shock-and-boo tactics of It.

“This is the existential crisis of our President…he’s an asshole but he’s not a hick. He represents one group but belongs to another. When Trump watches The Beverly hillbillies, he roots for Mr. Drysdale. When he says [to hinterland schmucks] ‘I Love you,’ what he means is that in Middle America he found something that he long ago ran out of in New York — suckers. Trump voters were played for rubes by the ultimate fast-talking city slicker.” — from last night’s (9/22) broadcast of HBO’s Real Time with Bill Maher.

Trump wishes NFL owners would tell anthem protesters "get that son of a bitch off the field right now" pic.twitter.com/gq4EH3lNoY

12 Comments
Reaching Out To Stupids 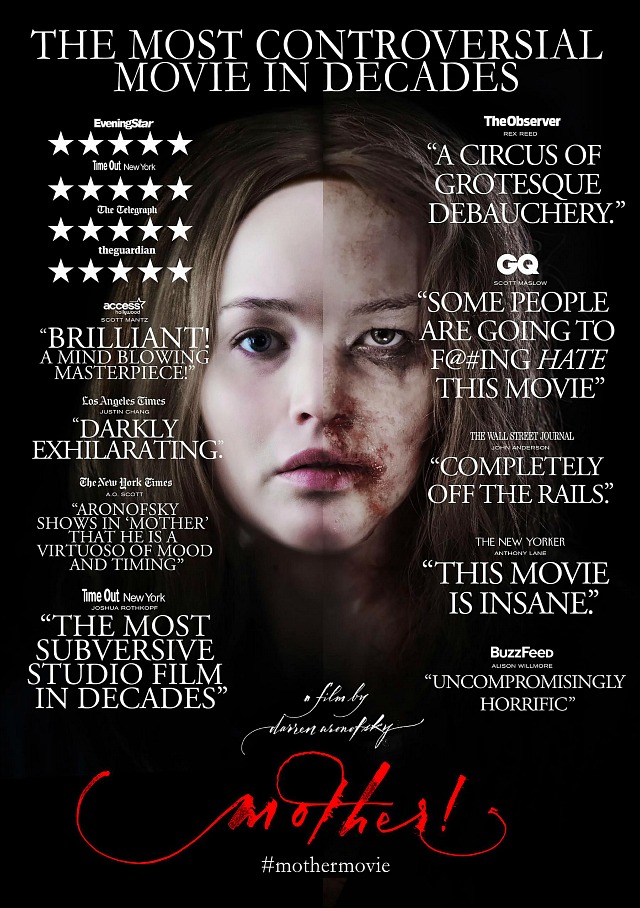