Re–shuffling of tweets posted an hour ago: Hugh Hefner peaked as a progressive cultural figure sometime between the late ‘50s and the mid ’60s. Hef’s brand was over by the mid to late ‘70s, but respect must be paid on the occasion of his passing. Hefner was one of the key agents (if not the key agent) in the sexual-attitude liberation of Eisenhower-era America. Playboy, Hef’s brainchild, arguably did more to loosen the strings on the straightjackets that were being worn (or more accurately submitted to) by middle-class American males than any other cultural factor, and that was no small feat. Hefner is dead, but his legend — intense, pipe-smoking, white-collar guy ignites a libidinal revolution — will never die. Only in America. 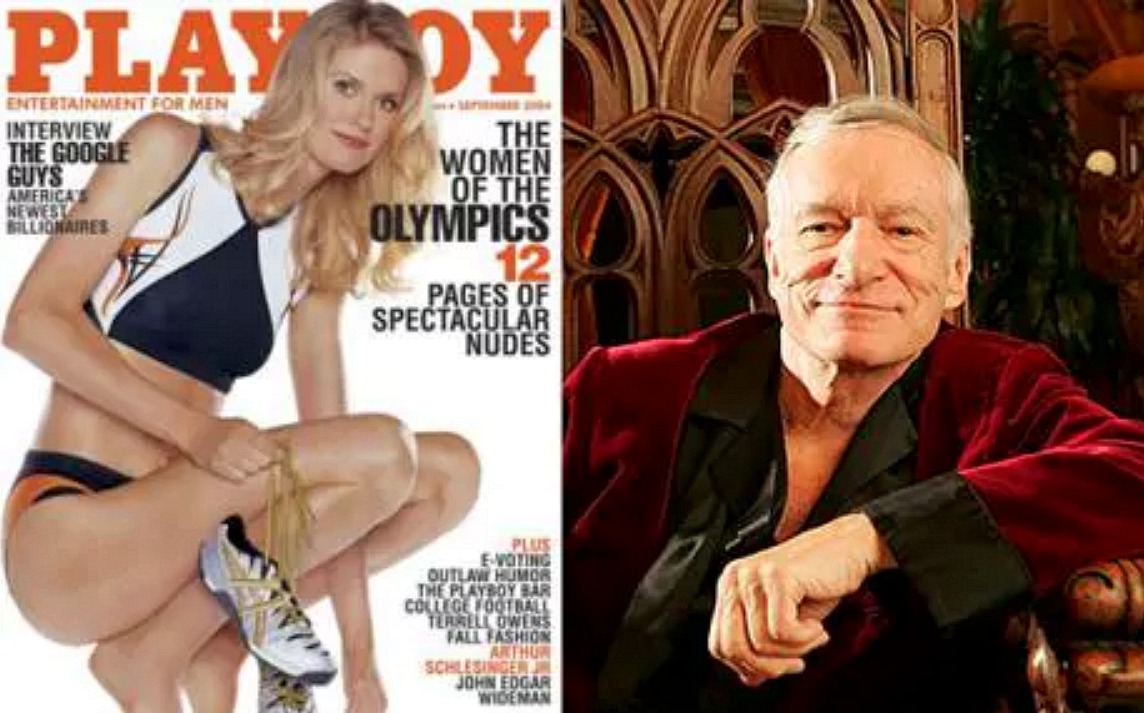 Some day next year or the year after, the New Beverly will pair Luca Guadagnino‘s Call Me By Your Name with Bernardo Bertolucci‘s The Sheltering Sky, and for some viewers who never quite got Luca’s film (which is to say never quite let it all in) it will suddenly click into place. For both are first and foremost about that special region of life that has very little to do with order and discipline and accomplishment and freshly ironed shirts, and almost everything to do with dozens or hundreds or perhaps thousands of little sensual gleamings…aromas, caressings, fingertips, flavors, afternoon naps, architecture, fruit, splashes of water, magic hour sunlight, little hums and moans and grrrs that come and go.

16 Comments
Son of “Who Doesn’t Get Smoked in Area X”?

Megyn Kelly is not a social doofus. She’s been around media circles and knows what goes. Asking a nearly 80-year-old actress about the “work” she’s had done is an aggressive, even hostile thing to say. Kelly was probably feeding off some kind of repressed right-wing animus toward Hollywood-celebrity culture. We all know or can guess who’s gone under the knife (i.e., almost everyone), and the only way it’s cool to bring it up is (a) when you’re off-camera and off-the-record and (b) when you’ve had work yourself and are looking to compare experiences. Otherwise leave it alone. Redford has had a little work done, but no one ever asks him to comment.

When I read that Sony Pictures Classics had acquired The Wife, which a few of us flipped over after seeing it in Toronto a couple of weeks ago, I naturally figured they’d platform it sometime in late December and then launch a Best Actress campaign for Glenn Close in January along with a modest commercial opening.

Well, they’re not doing that. SPC has decided to open The Wife sometime in 2018 (probably next fall), and in so doing has forfeited what could have been a legendary Best Actress Oscar contest between two grand dames, Close and Meryl Streep, who will almost certainly be nominated for her performance as Washington Post publisher Katharine Graham in The Post.

Close’s performance as Joan Castleman, an under-appreciated wife of a best-selling, somewhat imperious author (Jonathan Pryce), would be a Best Actress shoo-in, trust me. She could even become the front-runner as no one wants to give Streep another Oscar. A nomination, okay, but not a win. Three Oscars on Streep’s mantle are enough.

SPC’s decision to withdraw Close from this year’s Best Actress contest has to be one of the most disappointing award-season calls of all time. They’re shutting down one of the hottest Best Actress contenders of the year in order to…what, save money? To give a better shot to Annette Bening, whose performance as Gloria Grahame in Film Stars Don’t Die in Liverpool has a dicey chance of being nominated, at best?

Close can win, guys! 70 years old and Oscar-nominated six times (The World According to Garp, The Big Chill, The Natural, Fatal Attraction, Dangerous Liaisons, Albert Nobbs) but never a win. That’s called a compelling narrative and a strong reason to vote for her. Who in the Academy is clamoring to give Streep her fourth Oscar? Frances McDormand, Saoirse Ronan and Sally Hawkins give award-calibre performances in Three Billboards Outside Ebbing, Missouri, Lady Bird and The Shape of Water, respectively, but Close would out-point them, and not just because of her age and history.

She’s playing a steely, classy, soft-spoken lady who’s bitten her tongue and quietly endured career frustration so that her husband can play the role of the big swaggering author. This is a character and a situation that taps into the feelings of God knows how many women out there, middle-aged and old, who’ve had to cope with an unwarranted lack of respect or opportunity or lower wages their whole lives.

This plus Close’s personal narrative would strongly favor a win, and yet SPC is turning tail and giving up without a fight. What Academy or guild member will feel big excitement about Close this time next year? Everyone will be saying “oh, now they’re finally releasing the film and pushing Glenn? Where were they last year?”

The biggest winner in this decision is I, Tonya‘s Margot Robbie, who might be able to snag the fifth slot now.

Item #1: However mesmerizing or mixed-baggy Blade Runner 2049 turns out to be, it sounds as if dp Roger Deakins might finally be in an excellent position to win that Best Cinematography Oscar that he’s lost out on (or has failed to be nominated for) for so many years. Item #2: The running time is two hours and 44 minutes, so pack a light lunch. Item #3: Hollywood Elsewhere will not be reviewing Blade Runner 2049 until after I pay to see it on the evening of Thursday, 10.5. For years Warner Bros. publicity has refused to allow me to attend screenings that aren’t happening during the final week, which has meant being restricted to all-media screenings, which usually happen two or three days before opening. But there will be no Blade Runner 2049 all-media screening in Los Angeles, I’ve been told, so I’m on my own dime. When I asked about attending a screening in Burbank on Thursday, 9.28, I was told that “the theater…is very small and therefore unfortunately cannot accommodate everyone.” 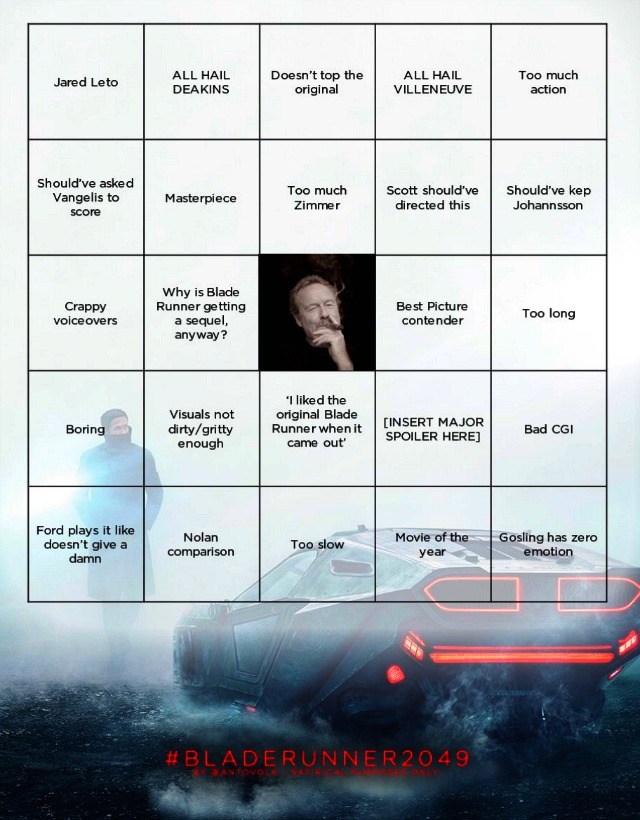