Hey, Spicey…Let’s Jump In The Van! 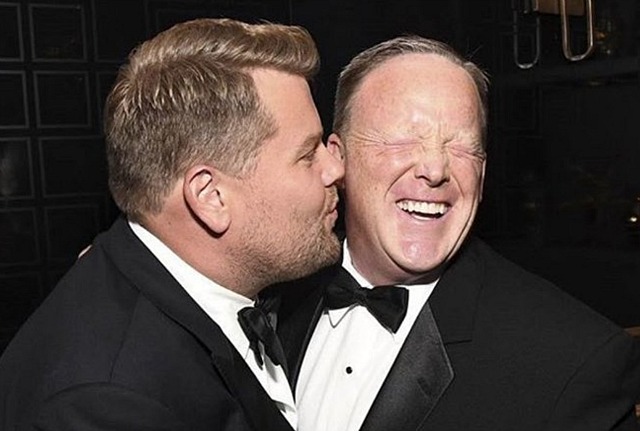 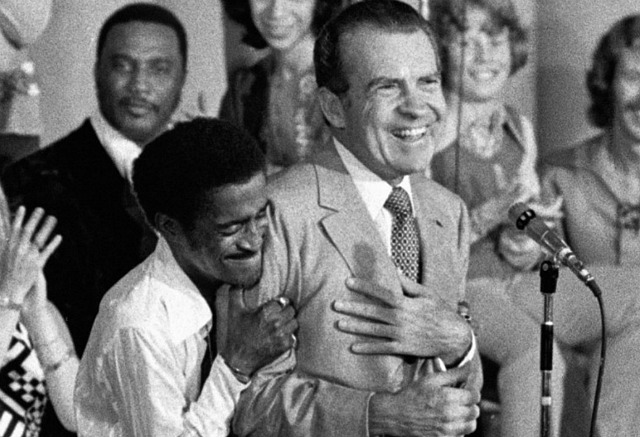 Posted a few hours ago by HE commenter “Otto” (named for Otto Ludwig Piffle):

Let’s not be too quick to condemn the fact that the Emmy’s rewarded Spicer for lying to the country for seven months. It brings to mind some other historical cameos that have been overlooked but that got sure-fire guffaws:

1. For the 1939 Oscars, Joseph Goebbels‘ appearance in a comedy sketch of Jewish football team coach giving a locker room speech after a close loss, letting his team know their defeat would not go unnoticed: “All right boys, HIT THE SHOWERS!” *rimshot* (canned laughter)

2. During the 1975 Emmy’s, Khmer Rouge dictator Pol Pot amazed the audience with his deft display of footwork in a duet with an aging Fred Astair, as the duo tap-danced their way up a staircase made of human skulls.

3. Augusto Pinochet‘s 1975 cameo on “Hee Haw,” where he pops up in the cornfield to tell this raging two bit:

Roy Clarke: Hey Augusto, I hear you and your wife have never had one argument!
Pinochet: That’s right Roy. Because she’s buried in a construction pit outside of Santiago! (canned laughter)