Three weeks ago I was invited to see Matt Tyrnauer‘s Scotty and the Secret History of Hollywood, a 98-minute doc about Scotty Bowers, the amiable, formerly unsung go-between who wrote about servicing Hollywood’s gay and bisexual community during the ’40s, ’50s and beyond in a five-year-old memoir called “Full Service: My Adventures in Hollywood and the Secret Sex Lives of the Stars.”

Tyrnauer’s film will screen tonight at the Toronto Film Festival, which means I can finally…hold on…the embargo notice says I can’t review it until 11:59 pm this evening. Okay, so I won’t. But I will share what I came to believe during the watching of it, which is that Bowers, whose tell-all book has been challenged and mocked and who’s been described here and there as an unreliable bullshitter, isn’t lying about anything. 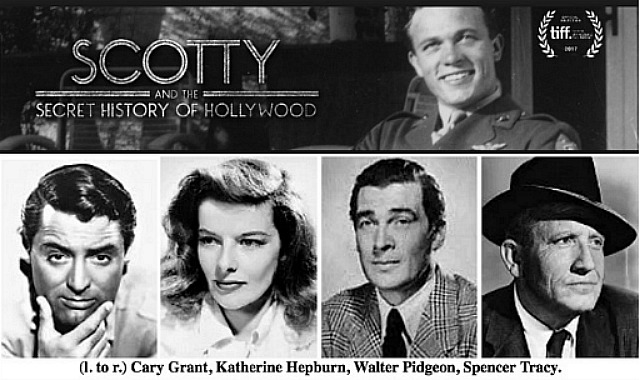 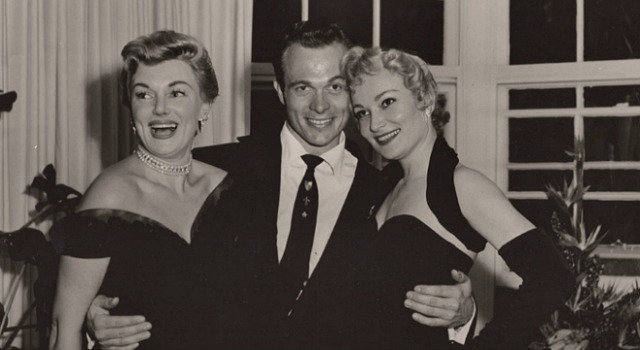 For most of Tyrnauer’s surprisingly intimate, low-key, non-gossipy film is about old Scotty — a 90something, white-haired pack rat who owns two or three homes in the Hollywood hills and lives with a good-natured, seen-and-heard-it-all wife who loves him — and only intermittently about the mostly gay and bi movie stars and celebrities (Cary Grant, Spencer Tracy, Walter Pidgeon, Vivien Leigh, Charles Laughton, Vincent Price, Katharine Hepburn, Noël Coward, James Dean) who regarded Scotty as a trusted pimp and pleasure-giver who could and did set them up with same-sex lovers.

It follows that a high percentage of his recollections about the private sexual lives of movie stars are most likely true. I found this an inescapable conclusion. Just as your gut tells you that Donald Trump is one of the worst bullshitters in the history of western civilization, you can just sense that old Scotty is a straight-shooter. Okay, maybe he’s hazy on a few historical details but the man is 94, for God’s sake. Cut him a little slack.

I have not reviewed Scotty and the Secret History of Hollywood, but I’m telling you that Scotty Bowers is a man of apparent honor. Read this 3.19.12 profile of Bowers by L.A. Weekly‘s Paul Teetor, and then see Tyrnauer’s film, and then read “Full Service” and tell me I’m wrong. I don’t think I am. I really don’t.

I’ve posted four previous pieces about Scott, the book and Tyrnauer’s film — here they are.