If you want a simian type with a look of beady-eyed menace….a guy who smokes and glares and wolfs his food and pounds the table…a lowlife with nothing on his mind except finding new ways to communicate the greasy, slimey, low-life mentality of a muscular, high-testosterone thug….Jon Bernthal is your man. Best known for portraying Shane Walsh in AMC’s The Walking Dead and for stand-out roles in Fury, The Wolf of Wall Street, Sicario, The Accountant, Baby Driver and Wind River. He will never, ever portray a nice suburban guy who’s been to college. Or a guy with a mellow attitude. He’ll never play a mild-mannered employee of an ad agency or a real-estate company, or a guy who teaches grade-school kids or works at a small-town hardware store. The man is a predator, an animal — he spits and slurps and chews food with his mouth half-open.  He only conveys animal vibes.

If you leave aside the horrid issue of sexual assault and focus solely on matters of taste and aspiration, it is entirely fair to describe Bob Weinstein as a bottom feeder and Harvey, for all his detestable private behavior, as a guy who at least understood and respected smarthouse cinema. But not Bob. In their heyday Bob was Irwin Yablans to Harvey’s Frank Yablans. Bob has never given a shit about quality — he’s an exploitation guy who just wants to sell tickets.

So when I read yesterday that Bob is bumping Alfonso Gomez-Rejon’s The Current War into 2018, I knew it was tantamount to a burial. It wouldn’t have done well commercially anyway, but now it’s “a cat in a bag with the bag in a river,” as Sidney Falco might’ve said.

And that’s really too bad. The Current War is weird and slow but an interesting film, and a highly unusual and eccentric one by visual standards alone. It’s a cerebral, vaguely boring Terrence Malick thing mixed with How The West Was Won. Every scene, line and frame tells you it was made by talented, forward-thinking cool cats trying to be different and distinctive, and now it’s probably going to be thrown into the bin. A shame.

My Toronto Film Festival review: Thomas Gomez-Rejon’s The Current War (Weinstein, 11.24) is an eccentric, visually unconventional period drama — that much is certain.

The movie is basically an AC/DC thing — the battle between direct vs. alternating currents of electricity in the late 1880s and early 1890s, or a stab at creating compelling drama out of a battle of opposing modes and strategies for providing electricity to the public.

This in itself, especially in an era of increasingly downscale if not submental approaches to mass entertainment, is highly eccentric. But the tone of inspirational strangeness doesn’t end there.

This is fine as far as histrionic line readings, personality conflicts and eccentric facial-hair appearances are concerned, but an especially striking visual style from South Korean dp Chung Hoon-Chung (It, The Handmaiden, Me and Earl and the Dying Girl) compounds the fascination.

In an attempt to reflect the unusual, headstrong mentalities of Edison and Westinghouse, Gomez-Rejon and Chung have gone with a kind of early ‘60s Cinerama approach to visual composition — widescreen images, wide-angle lenses and a frequent decision to avoid conventional close-ups and medium shots in favor of what has to be called striking if not bizarre avant-garde framings in which the actors are presented as smallish figures against dynamically broad images and vast painterly landscapes.

The look of The Current War, in short, closely resembles the extreme wide-angle compositions in 1962’s How The West Was Won.

I usually have a quibble or two with any Kyle Buchanan Oscar Futures column, but I’m almost 100% on board with his latest, which is mainly an expression of profound disappointment with Woody Allen‘s Wonder Wheel. I do, however, believe that Kate Winslet will snag the fifth Best Actress nomination slot. Winning is out of the question — it’s a McDormand vs. Ronan vs. Streep thing with Sally Hawkins snagging slot #4. Battle of the Sexes‘ Emma Stone is not happening. 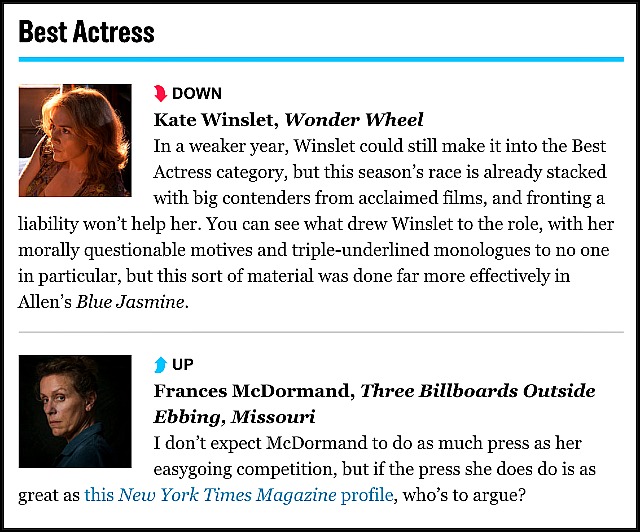 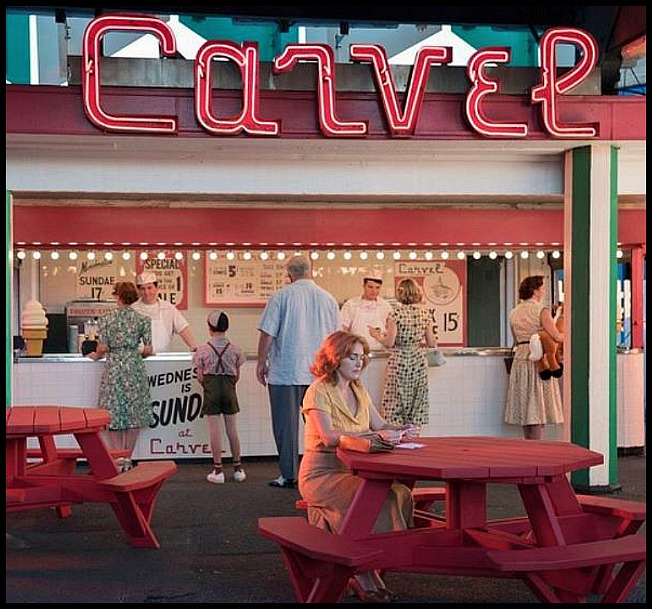 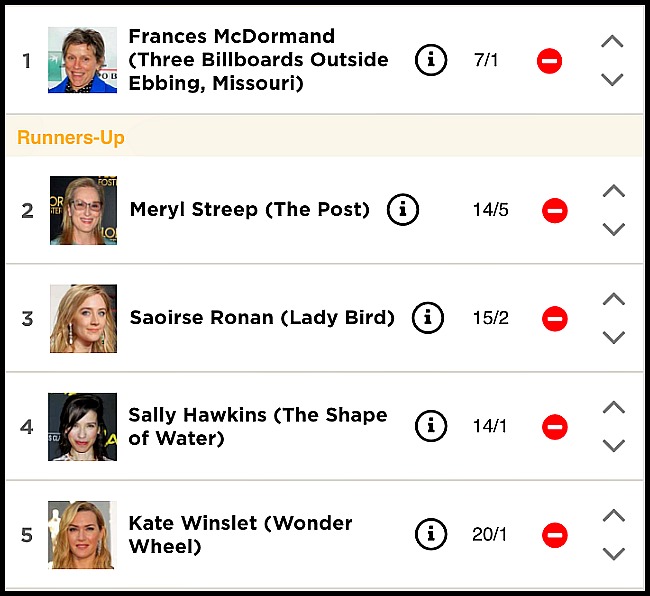 If you were to levitate five or six miles and then hover and look down at the human race and all its troubles — millions of angry, fearful ants throwing spears and lobbing Twitter grenades, crippled by the viruses of fear, cruelty, ignorance, selfishness, aggression and hostility — you might be moved to say “wow, things are really sad down there…a lotta people hurtin’ and it really scares me.” But if you say the same words to the BBC from your Manhattan apartment, you’re a Harvey Weinstein apologist. Warning: You’re probably still allowed to think such things, but vocal expression is not a good idea in the current climate.

Woody clarifies: “When I said I felt sad for Harvey Weinstein I thought it was clear the meaning was because he is a sad, sick man. I was surprised it was treated differently. Lest there be any ambiguity, this statement clarifies my intention and feelings.”