30 Comments
So Much For The Charles James Aspect

From an allegedly official Phantom Thread synopsis: “Set in the glamour world of 1950s post-war London, renowned dressmaker Reynolds Woodcock (Daniel Day-Lewis) and his sister Cyril (Lesley Manville) are at the center of British fashion — dressing royalty, movie stars, heiresses, socialites, debutantes and dames with the distinct style of The House of Woodcock.

“Women come and go through Woodcock’s life, providing the confirmed bachelor with inspiration and companionship until he comes across a young, strong-willed woman, Alma (Vicky Krieps), who soon becomes a fixture in his life as his muse and lover. Once controlled and planned, Reynolds finds his carefully tailored life disrupted by love.

“With his latest film, Paul Thomas Anderson paints an illuminating portrait, both of an artist on a creative journey and the women who keep his world running. Phantom Thread is Paul Thomas Anderson’s eighth movie, and his second collaboration with Daniel Day-Lewis.”

What happened to the high-strung gay or bisexual aspect that Vulture‘s Kyle Buchanan wrote about on 6.7.16? The rumble had been that PTA’s fashion-world film was loosely based on the life and career of Charles James, a renowned couturier who peaked from the late ’40s to early ’60s. James married Nancy Lee Gregory, a rich Kansas socialite, but was commonly understood to be gay.

It would seem that Reynolds Woodcock isn’t based on James at all except for the designing thing. “The women who keep his world running”?

Is “Woodcock” an allusion to stiffitude? Or to George Furth‘s payroll clerk in Butch Cassidy and the Sundance Kid?

Second verse, same as the first.

Early this morning Joe Scarborough and the conservative guy on the right side of the screen assessed their appearance before heading off to work. They both said to themselves as they stood before the bathroom mirror, “Yeah, I look pretty good.” And yet only one of them did in terms of their ties. Obviously Scarborough’s tie is natty and cool, and the fat red tie worn by the conservative guy is pretty close to ridiculous. It’s almost a scarf or a shawl. Anyone who wears a big fat red blanket around their neck is (a) almost certainly a right-winger and (b) probably has some kind of screw loose. And it’s not just guys. Conservative women love red also (overcoats, dresses). I’ve never worn a red tie (fat, medium or skinny) in my entire life.

I liked Tootsie as far as it went, but I was never over-the-moon about it. And I never understood the screaming hilarity that greeted Bill Murray‘s kicker at the end of Dustin Hoffman‘s big wig-removing scene — “That is one nutty hospital.” I realized, of course, that it was intended to stop the show, but the first time I watched Tootsie at the Zeigfeld all-media I didn’t even come close to laughing. I just went “uh-huh, okay, not bad.” What’s the definition of a great kicker line? One that you laugh or at least smile at even though you’ve heard it 35 or 40 times. “So we’re even,” “Nobody’s perfect,” “Because I just went gay all of a sudden!,” “Traffic was a bitch,” etc.

During a 10.19 podcast in Austin with “Dudley and Bob with Matt,” the fearless and legendary Sean Young passed along two noteworthy sexual harassment anecdotes from the early to mid ’90s, one involving Harvey Weinstein and the other concerning Barbra Streisand.

The Harvey thing is funny but almost a so-whatter. If you ask me the Streisand story is the eye-opener.

Young claimed that Harvey whipped out his gross animal member sometime before, during or after the making of Miramax’s Love Crimes, and that her response was ‘You know, Harvey, I really don’t think you should be pulling that thing out…it’s not very pretty.'”

During a pre-production interview with Streisand about a role in The Mirror Has Two Faces (’96), Young claims that Streisand harshly criticized her for talking to the press about having been sexually harassed by Warren Beatty during the making of Dick Tracy. (Beatty has denied the incident.) “I think it’s disgusting that you talked to the press!” Streisand allegedly hissed. In the podcast Young says, “And what I had said to the press was that I was harassed. That I was sexually harassed by Warren Beatty. And she told me she thought that was disgusting.” Young adds that Streisand mentioned at the time that she herself had “been” with Beatty.

The Weinstein anecdote is mentioned around the five-minute mark; the Streisand story happens about a minute later. 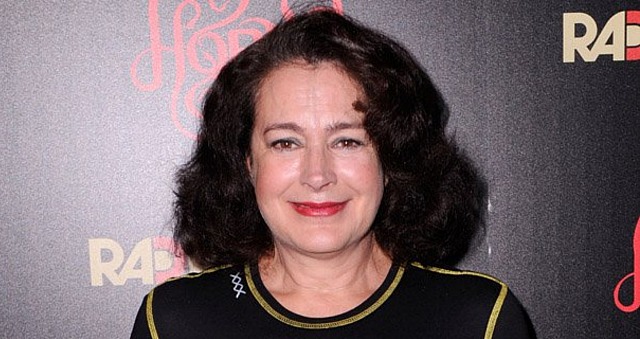 “What we can’t have is the same old politics of division that we have seen so many times before. That dates back centuries. Some of the politics that we see now…we thought we put that to bed. That’s folks lookin’ 50 years back. It’s the 21st Century, not the 19th Century. C’mon!” — Barack Obama speaking yesterday in New Jersey for Democratic gubernatorial candidate Phil Murphy.

That means, of course, that if you work a regular 9-to-5 job you’ll either have to pick up the parcel during lunch hour (and thereby lose the comfort of a relaxing lunch) or leave an hour early. And relatively few businesses, remember, close at 5 pm — most are open until 6 pm and some later than that.

It seems to me that governmental post offices should, if they wanted to be half-humane about it, give people a fighting chance to pick up parcels or special-delivery letters at the end of the day by remaining open until 6 pm. Or, at the very least, by remaining open until 6 pm on alternate days. (Tuesdays and Thursdays, say.) That would be the considerate thing. And yet for decades 5 pm closings have been the rule. The message from this governmental agency to the general public, obviously, is “our internal scheduling concerns are what matter to us…we realize we’re making things inconvenient if not difficult for untold thousands of post-office customers on a daily basis, but we’re not exactly in the people-pleasing business…are we? We do things our way and that’s that. Adapt or lose.”