A Matter of Trust

There are very few aspects or side-angles that elude Deadline‘s Pete Hammond when it comes to assessing a new film or, if the shoe fits, its award-season potential. At the same time he’s always had a fairly generous, big-of-heart attitude about the movie realm. (As do I on a certain level.) It’s precisely because Hammond is not a neghead Addison DeWitt type that I trust his impressions about Blade Runner 2049 much more than Jordan Hoffman‘s or David Ehrlich‘s.

Hammond observation #1: Blade Runner 2049 has “an overly long and drawn-out running time of 2 hours and 44 minutes that could have used some trimming. The storytelling takes its sweet time and quite frankly can be a bit confusing to see where it is all going, but maybe that’s the point.” 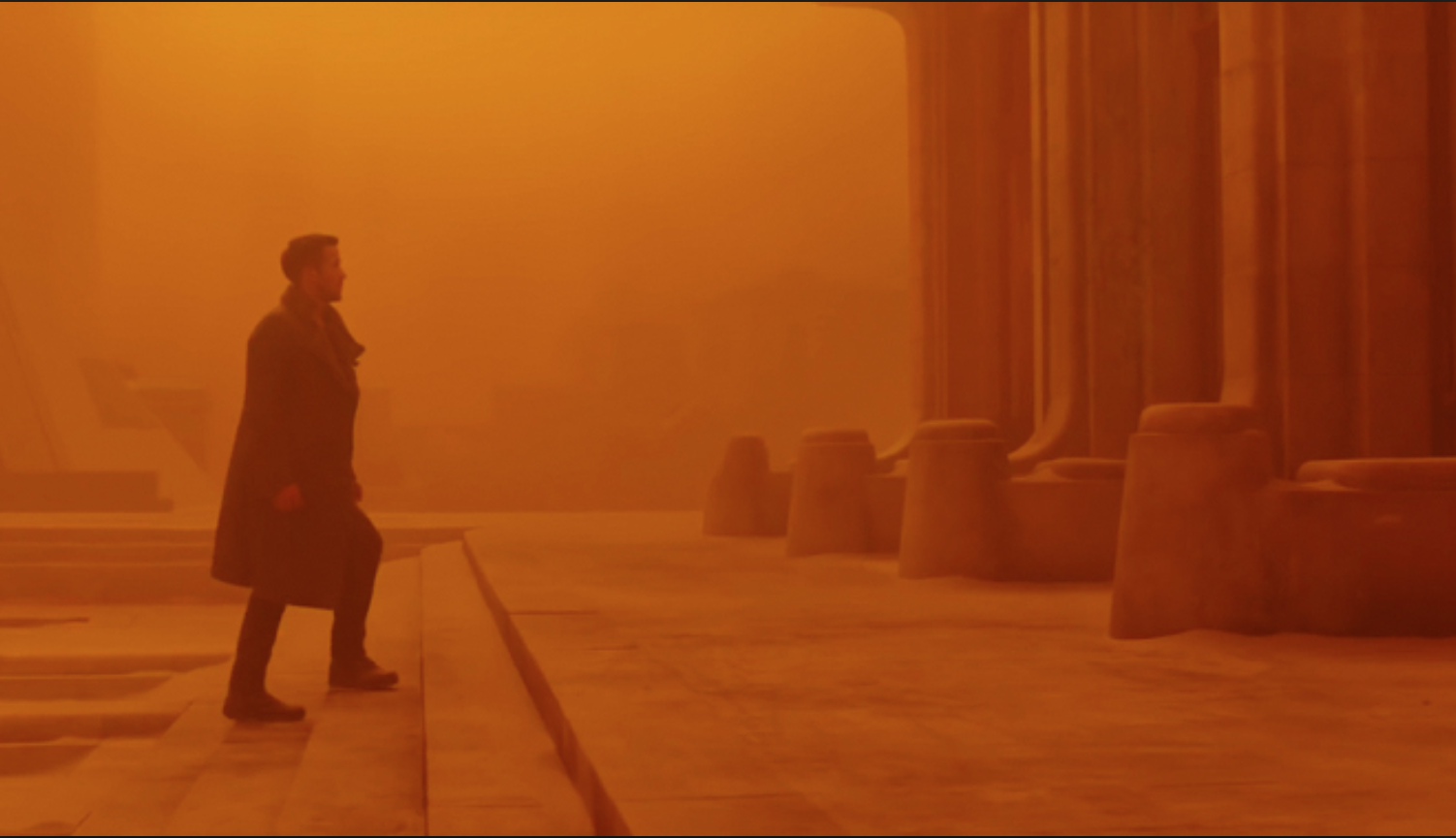 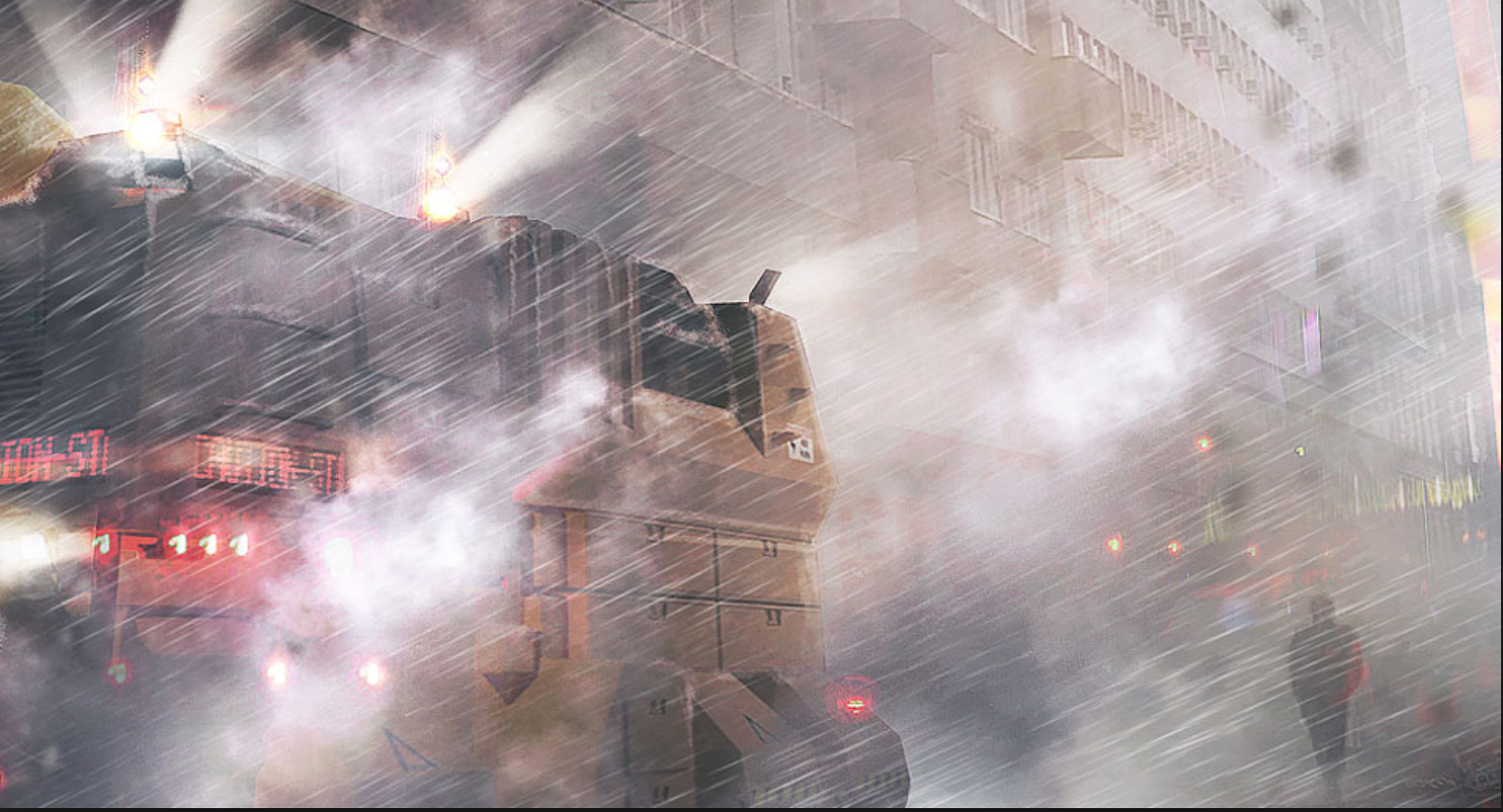 Hammond observation #2: “Even if I was submitted to waterboarding techniques I probably couldn’t reveal the details of this byzantine plot.” Wells interjection: The very mention of waterboarding obviously alludes to movie-watching torture, which was presumedly in Hammond’s mind.

Hammond observation #3: “Suffice to say this deliberately-paced film really comes alive once Harrison Ford comes on board about an hour and a half into it.” Wells interjection: It can be safely presumed that “deliberately paced” means slowly paced, leadenly paced, slightly boring, etc. In short, Blade Runner 2049 is more or less a stiff until Ford arrives.

From another critic friend: “Too much movie for how little story there was. A great looking movie; if I had the slightest interest in virtual reality (which I don’t), that’s a world I would want to walk around in. I assumed that the same climate dysfunction that caused the constant rain in LA in the first film had simply gotten worse so that, this much farther into the future, it alternately rains and snows.”

Sidebar: Hammond mentions that it snows in Blade Runner‘s futuristic Los Angeles. Which is quite the rarity as snow hasn’t fallen here since 1962. A 12.9.16 KCET.org article by Nathan Masters reports that snow once fell on the Los Angeles coastal plain with some regularity — about once per decade. Since official records were first kept in 1877, the downtown Los Angeles weather station observed measurable snowfall three times, in 1882, 1932 and 1949, and news reports recorded snowfall elsewhere in the Los Angeles Basin in 1913, 1921, 1922, 1926, 1944, 1957, 1962 — and then never again, for 54 years running.”

A draft I once read of Robert Towne‘s script for The Two Jakes, which took place in in 1948 Los Angeles, ended with a snowfall that actually happened in January ’49. I can’t remember if a snowfall appeared in Jack Nicholson‘s 1990 film version or not. 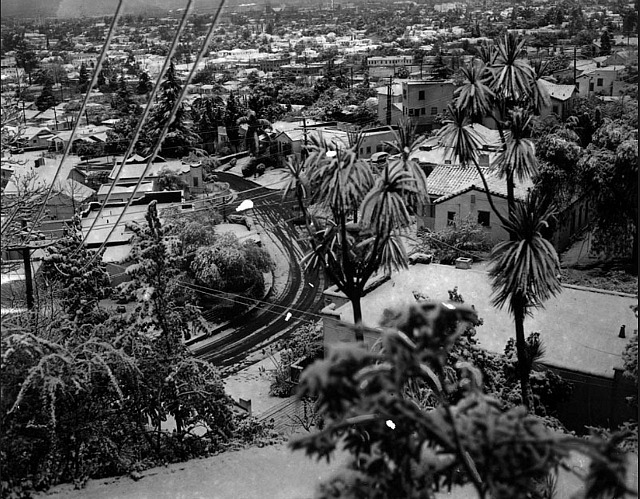 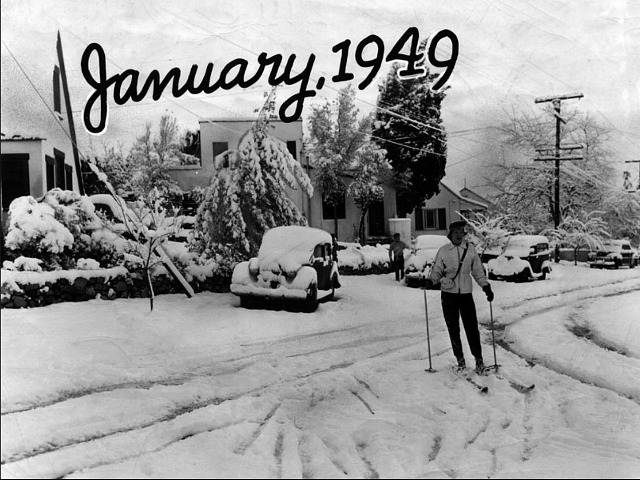 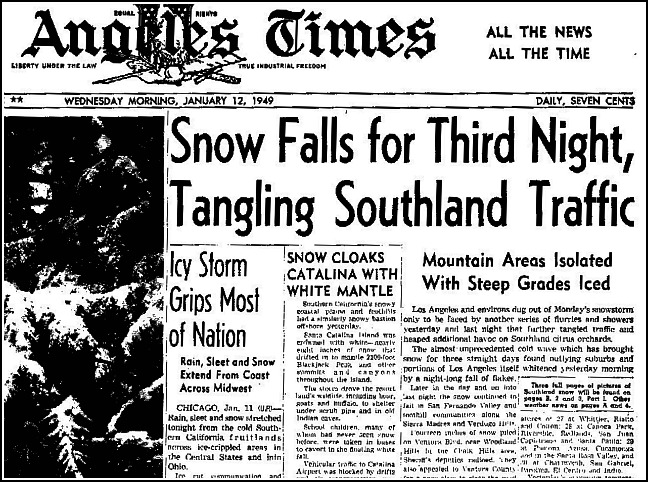