Keeping Up With The Nothings

We’re all here together on the same planet, sharing space and trying to be kind and maybe make some things happen. Nobody’s better or worse than anyone else, but it’s not unfair to explore the overall with a sudden-death calculus. If Harvey Weinstein were to die in a plane crash today, some might argue that the world would be a slightly better place. If Kyle Buchanan, Kris Tapley or Scott Feinberg‘s luck were to suddenly run out, the film industry would be a less quantifiable place. If Oliver Stone or Paul Schrader were to fall off a 200-foot cliff, film culture would suddenly have less wit and dimension. If Saoirse Ronan were to get hit by a bus, we’d all be short a Best Actress contender. If Irving the plumber catches a stray bullet, a lot of sinks, bathtubs and toilets wouldn’t function as well. But if Kris Jenner, Kourtney Kardashian, Kim Kardashian, Khloe Kardashian, Kendall Jenner and Kylie Jenner were to die in a plane crash tomorrow, in what way would the world suddenly be a lesser place? Be honest. 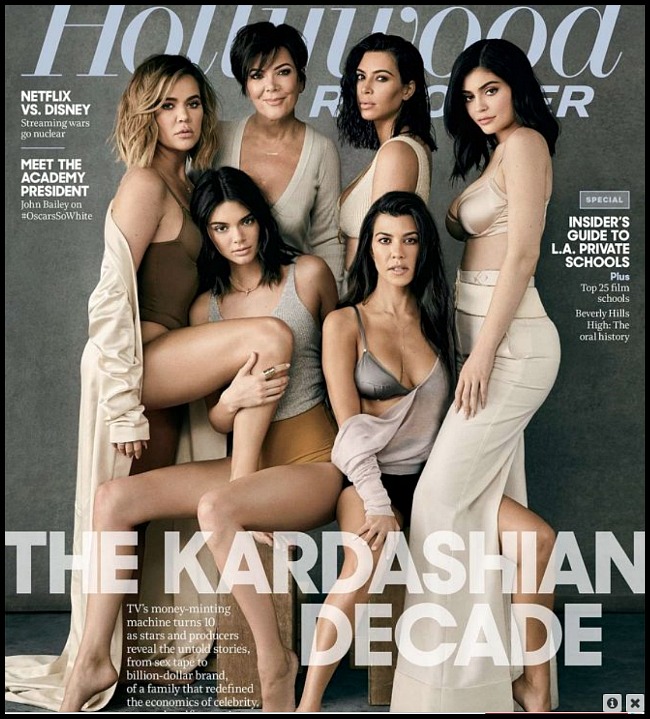